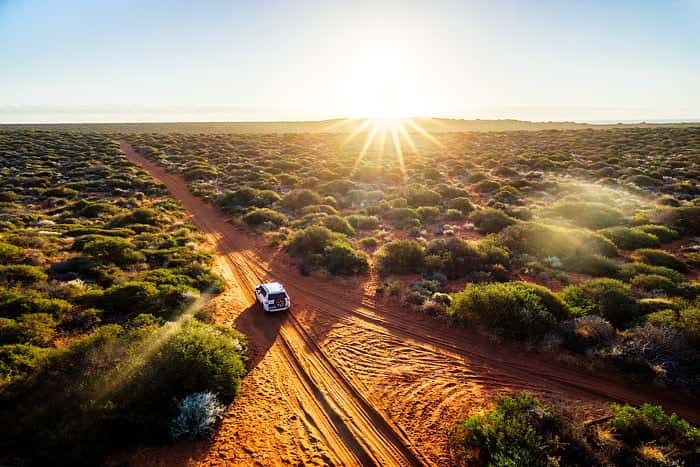 Experience the state of which one half consists of wilderness and desert including long distances and sparsely populated areas, an area covered by golden sand; The Golden Outback in Western Australia. For the nature photographer, colourful flowers pop-up in the most unexpected of places in a lush splendour when spring arrive. Capture the country’s unique wildlife in its natural environment with unforgettable views as a backdrop; Simply, a dream place where to take photos. There is a lot to discover for those who like challenges. Visit ghost towns, towns abandoned when the former gold rush ended, see Aboriginal paintings in fascinating cave settings or experience the desert’s red hot floor beneath your feet. Test yourself, let the adventure begin and be self-sufficient while you drive through the desert areas between magnificent national parks until you lack the comforts of civilization and seek your way back towards more vibrant areas.

For meetings with new people, all the comforts of city life, shopping, cafes, culture and partying, the state capital, Perth, or one of the smaller coastal towns is a great starting point. From there, make a short trip to the wine district, Swan Valley east of Perth, for wine tasting or for exploring one of the many hiking trails.

On the coast all sorts of activities awaits; In addition to swimming you can snorkel, rent a kayak, surf in various forms, or why not make a visit to car-free Rottnest Island where the marsupials called quokkas lives. If you are interested in seeing penguins, sea lions or to get a chance to see the bottlenose dolphin, the South East Coast is the place to be. If you have the binoculars with you, you might be able to spot several of the 130 different bird species that lives in the Mandurah wetlands south of the capital. North of Perth is a unique animal life of a different kind – the Coral Coast and the UNESCO World Heritage-listed coral reef, displaying its colourful world beneath the water surface. 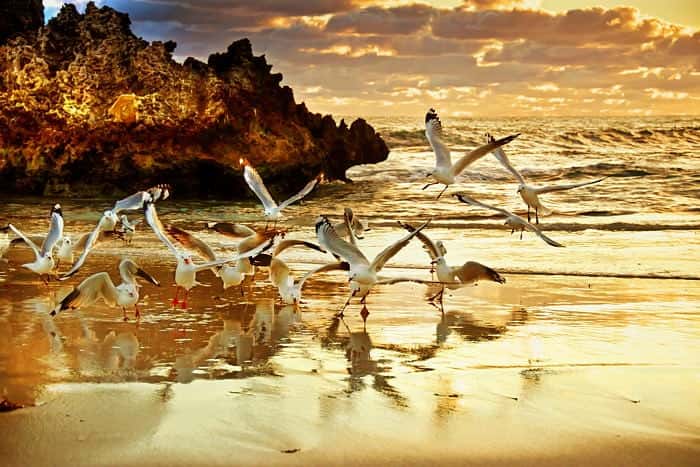 Getting to and getting around the state

When it comes to getting to and getting around in Western Australia, there are options for all budgets. Public Transport is somewhat limited but offers trains, buses and boats/ferries. However, the departures are fewer to some destinations, especially inland, so check carefully what fits your travel plans. Consider that, due to great distances, it takes time to get from one area to another. For those with limited time, there are many airports to choose from, but none in the very innermost of the state since this area is too sparsely populated for commercial air traffic. There are a great range of guided tours or bus tours for different activities. You can get far without access to your own vehicle. More specific information can be found under each region and destination. Many, however, choose to drive in Western Australia due to the long distances to cover. Quite simple, more flexibility. For those who plan to drive along the coast through Western Australia in a mobile home, it is recommended to drive counter clockwise to have the winds of “The roaring forties” in your back.

If you get tired of driving, you can switch to train or bus. If you study the map, you quickly realize that there are only a few major roads in the state and that the distances between the cities are long, especially if you get around via the hinterland. Sooner or later one is forced out towards the coast. Except for the state’s upper north end, you can basically get around Western Australia via coastal roads. Important to keep in mind, however, is to have plenty of time – it is a very large state, the largest one in Australia. If you have limited time, you should target some destinations and occasionally travel by plane. If you rent a car, there are several companies with different solutions to find what suits you and your budget.

The hot summer is best done in avoiding. Avoid the rainy season of January to March. No special permit is required to drive through the state but, on the other hand, admission tickets are needed for national parks and sometimes a suitable four-wheel drive is a requirement for driving into some of them.

Look up the weather and pack, accordingly, alternatively stay at home! You don’t want to get stuck on the roads during monsoon rain. If you are travelling on a longer trip, you must be self-sufficient. Mobile coverage, TV and the Internet are luxury and nothing to take for granted in some regions. For those seeking utmost comfort, Perth and major cities is where to go (hotelscombined.com/Place/Perth.htm).