Midway between Melbourne and Sydney along the southern coast of New South Wales, called the Sapphire Coast, lies Eden. Despite being a postcard-beautiful area, few find their way to Eden. Which is good for you. Who wants to be crowded when you can have everything to yourself? After a short stay, it is easy to understand where Eden got its name from. The area is a true garden for all types of nature lovers. The coast is rocky with sharp lines. Far down, the water is rolling in, foamy and creamy white. Eden is located at the Great Dividing Ranges and the nature is spectacular and serene. 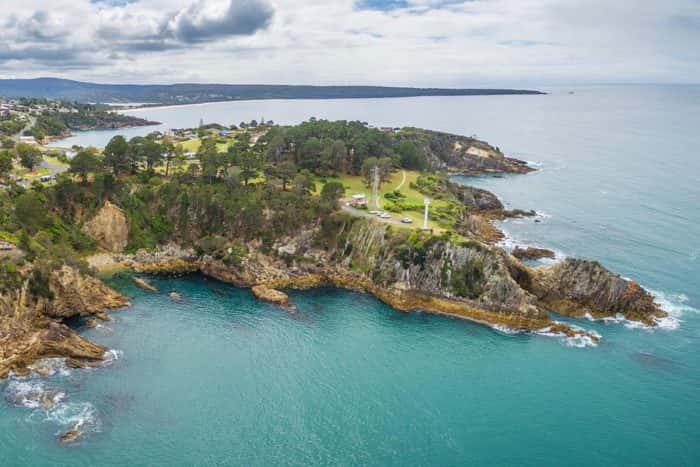 The timber industry has played an important role in the area. For a long time, the people relied on the forest’s resources for their livelihood. And the ocean itself was important. There was a local whale station here, used between 1828-1930. Over the years, a special relationship grew between one of the orcas and the workers. The orca was named Old Tom, and he helped to chase the whales. His skeleton can now be seen at the local museum. The link with the marine animals remains today, although in a more peace-filled way. Eden is a perfect place to watch whales during their annual migration. Each spring, humpbacks travel off the coast in what is known as the Humpback highway. If you are lucky, you can see these giants from land with the help of binoculars. Otherwise, you can go on a guided tour. Local guides have been working here since the 1980s and know their thing. Annually in October, the Eden Whale Festival is arranged to celebrate the majestic animals. In addition to whales, there are many different bird species to spot. A favourite is the lyrebird that remember different sounds and mimics their surroundings through singing.

Fishing is still important in the southeast. And the waters are teeming with life. There are lots of oyster plantations scattered along the coast, creating good opportunities for hungry travellers to try the local seafood. Join a tour and learn how to catch your own seafood. Dive down to find oysters and mussels or catch some fresh shrimps. Prepare the food together with chefs and enjoy the food in their company. Eden is surrounded by Ben Boyd National Park in the north and south, with beautiful nature wherever you turn. Embark on a several-day trip in Ben Boyd or the nature reserve Nadgee. Sleep in a lighthouse keeper’s old cottage and gaze out over the wild coastline.

Snorkel among Sapphire Coast’s finest waters and learn how to catch shrimp. Or better yet, do both and eat your catch, prepared by knowledgeable chefs. The shellfish are then combined with local beer, wine and cheese at Australia’s Coastal Wilderness Adventures (acwadventures.com) at 16 View Street.

Eden is one of the best places in the country to see whales. Join in on a trip with Cat Balou Cruises (catbalou.com.au). They organize four different variants, of which the whale watching tour is the most popular. From mid-September to the end of November, you can see humpbacks outside the coasts of Eden. In addition to Whales, highlighted sights of Eden are pointed out. If you are lucky, some dolphins or seals may appear.

Ben Boyd National Park (nationalparks.nsw.gov.au/visit-a-park/parks/Ben-Boyd-National-Park) consists of two parts, with Eden in the middle. There is an entrance fee for the southern part of the park, but not the northern. Ben Boyd National Park is named after a local entrepreneur who played a major role in the area’s growth. The park is lined with rugged cliffs, imaginative rock formations and beautiful coves. Try fishing, hiking and looking for whales. You can also camp in the park.

A popular activity is to embark on the 31-kilometre-long Light to Light Walk (nationalparks.nsw.gov.au/things-to-do/Walking-tracks/Light-to-Light-walk). The hike goes from Boyd’s Tower and follows the coast south before ending at Green Cape Lighthouse. The 23 m high tower Ben Boyd Tower was built in 1847 and was meant to be used as a lighthouse. If the tower is open, you can climb to the top. From there, you get a beautiful view. The Green Cape Lighthouse is located at the outermost area of Green Cape. The road to the lighthouse is not surfaced and can be a bit bumpy.

Two nice bathing areas within Ben Boyd are Bittangabee Bay and Saltwater Creek. At Bittangabee, you can see lyrebirds that skillfully mimic all kinds of sounds while performing a special dance. The cove is beautiful and sheltered and the water is crystal clear (nationalparks.nsw.gov.au/things-to-do/Swimming-spots/Bittangabee-Bay). Saltwater Creek has shallow lagoons and a nice beach. This is a good place to try out your fishing luck at.

A bit inland is Mount Imlay, which lies within a national park with the same name (nationalparks.nsw.gov.au/things-to-do/Walking-tracks/Mount-Imlay-Summit-walking-track). Challenge yourself and climb the mountain. Up and back down is a six-kilometres-hike that will take between two and four hours. It takes a bit of endurance to cope with the hike. You get to crawl over large stone boulders and past prickly bushes. But you get rewarded with a great view at the top. 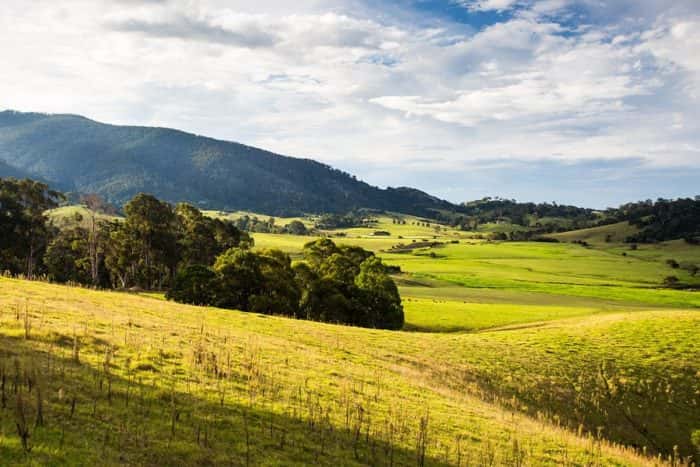 Far south, just before the border to Victoria lies Nadgee Nature Reserve (nationalparks.nsw.gov.au/visit-a-park/parks/Nadgee-Nature-Reserve). A windswept place where nature feels untouched. There are wide beaches surrounded by sharp boulders. It is a perfect place for photography and bird watching. Head here to get some peace and quiet.

At Killer Whale Museum (killerwhalemuseum.com.au) the story of Eden and its historical whaling station is told. See the skeleton of Old Tom, a killer whale that lived outside the waters of Eden and helped the local whalers to hunt for whales. As thanks for the help, Old Tom was rewarded with some of the whales’ meat. 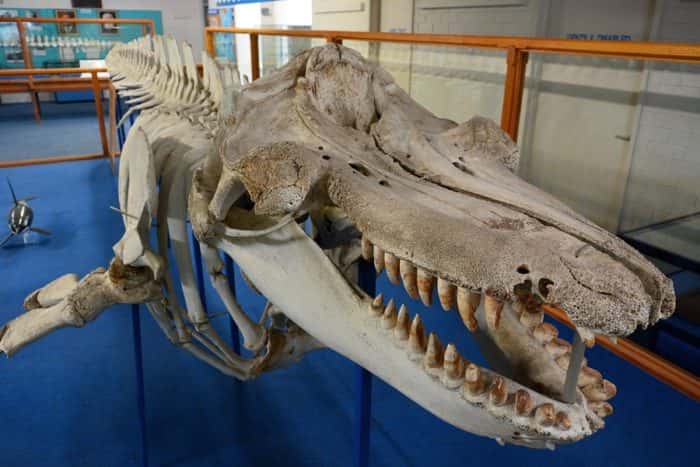 You can find some good places to eat in Eden. Wharfside Café is located at the Quay. They are open for breakfast and lunch and serve seafood. If you arrive in time, you can sit outside and enjoy the view. A light meal is available at Sprout (sprouteden.com.au) at 134 Imlay Street. They cook food made from local ingredients. They strive to minimize their waste and use products that would otherwise be discarded due to appearance. The coffee is Australian.

Great Southern Inn is a local pub and restaurant at 158 Imlay Street. Lunch and dinner are served daily. Come here for their nourishing meals like surf and turf. And stop for a glass or two in the bar.

Eden Gateway Visitor Information Centre is located on the corner of Mitchell Street and Imlay Street. They also have a helpful website, Visit Eden (visiteden.com.au) that you can check out. Sapphire Coast is another good website (sapphirecoast.com.au). 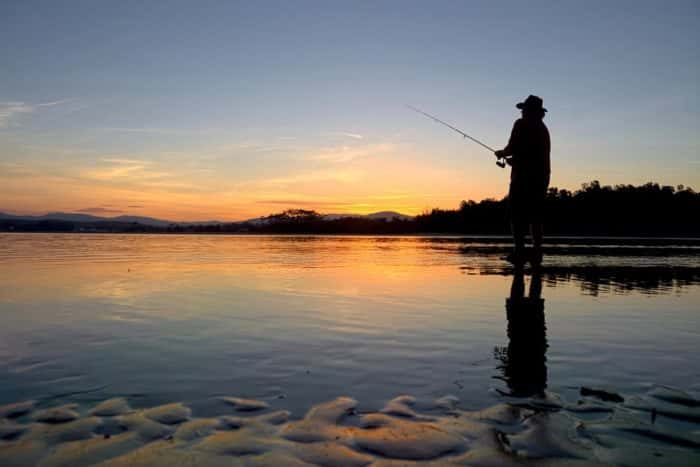 You can visit Eden and the Sapphire Coast all year round. Summers are warm, with temperatures around 30 degrees Celsius. During spring, you can see humpbacks migrating along the coast. The best chance of seeing them is from mid-September to the end of November. In winter, the temperature is between 5 and 17 degrees Celsius. Sometimes, storms create ferocious waves along the coastal rocks.

If you are interested in scouting for animals on your own, don’t forget your binoculars at home. There are lots of great places around Eden for bird watching.

Eden is located midway between Melbourne and Sydney, and the closest metropolis is Canberra. You can travel by train (transportnsw.info), bus or plane (www.wotif.com/Flights). From Melbourne and Sydney it takes about six and a half hours to drive to Eden (wotif.com/Car-Hire). From Canberra, it takes half that time. To get to the national parks Ben Boyd, Mount Imlay and Nadgee, having your own transport is recommended. 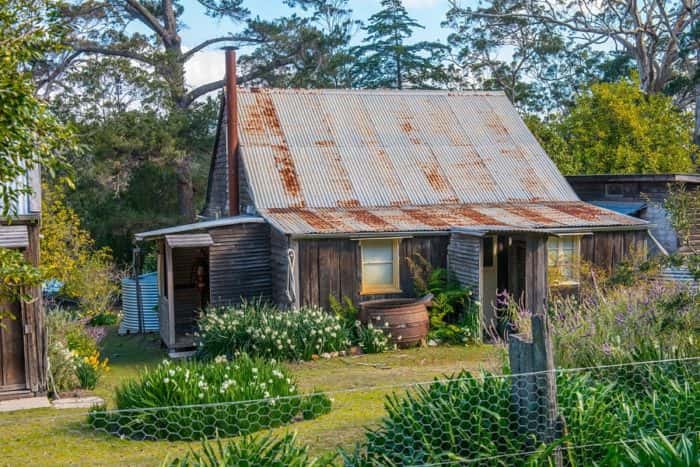 During Summer and Easter, many accommodations are fully booked. Book a good time in advance if you are planning a visit during these times. During the rest of the year, it usually works just to show up and book on site. Within the National Park Ben Boyd, there are campsites at Bittangabee Bay (nationalparks.nsw.gov.au/camping-and-accommodation/campgrounds/bittangabee-campground) and Saltwater Creek (nationalparks.nsw.gov.au/camping-and-accommodation/campgrounds/saltwater-creek-campground). Preferably, book long in advance to secure a spot, especially if it is during a long weekend or it is summer. You can book a year in advance. If you are doing the Light to Light Walk, these campsites are good alternatives to stop by.

At the end of Green Cape, three lighthouse keeper’s cottages have been restored for rentals (hotelscombined.com/Hotel/Green_Cape_Lightstation_Cottages.htm). The cottages are equipped with a kitchen and a fireplace and have been decorated in a marine style. Spend a couple of nights with amazing nature just around the corner. Each cottage can accommodate up to five or six people. They also have a private veranda where you can enjoy the view with a cup of tea.