Perth is the fourth largest city in the country and one of the youngest. The west coast’s only metropolis grows at rocket-speed and the population is just over two million. This is where the majority of the state’s inhabitants live. A significant number of the population has foreign roots, contributing to the city’s multicultural character. Perth is commonly referred to as the world’s most isolated metropolis. This is because it is closer to Asia than to the east coast. Western Australia has its own time zone and is in many ways distanced from other parts of the country. But Perth does not suffer from it. The area is soaked in sunshine. There is a great chance that the sun will shine even during your stay as the city has over 260 days of sunshine a year. The lifestyle is enviable. Here, the great surroundings are taken advantage of. It is easy to get to both the forest and the sea. A well-developed public transport channel the population and its visitors to the beaches of the west and the vineyards of the east. The state is known for having some of the finest beaches in the country and Perth is no exception. Just as Sydney has beaches like Bondi and Manly, Perth has the beaches of Cottesloe, Scarborough and City Beach, all located a short distance from the city centre. With a clear blue sky and surfing locals, it offers the perfect atmosphere for a lovely day at the beach. Most likely, this is where you will find everyone after a day’s work. 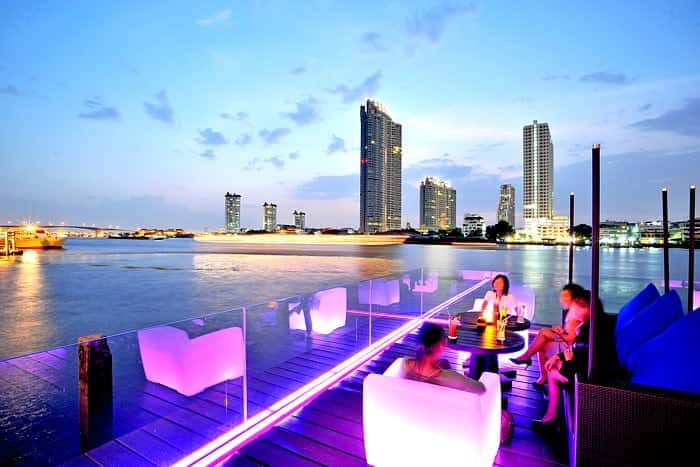 Perth was founded in 1829. The growth was slow up until 1850 when more and more prisoners started to be transported to the city to meet the demand for labour. This led to a strong population growth. Several of Perth’s first large buildings, such as the town hall, were built by prisoners. At the end of the 1800s, gold was found further into the country. Suddenly, money and resources started to flow, and the city flourished. The Indigenous people who had lived in the area for thousands of years were forced away. At best, they got a chance to leave the area alive. The mining industry continues to be lucrative and attracts labour. In the past it was a struggle to attract foreign tourists, but today Perth is a modern metropolis with clean streets and an entertainment level that can match any Australian metropolis. The upswing is clearly visible along the streets. A change in the law in 2007 made it easier for smaller bars to establish themselves, which meant that the proportion increased dramatically. But even new restaurants and cafés creates life and movement.

The city centre is relatively small and can be explored on foot. But consider visiting some of the neighbourhoods and suburbs for a more rewarding experience of Perth. The most popular district is Northbridge, north of the city centre, an area full of bars and nightclubs. Mount Lawley, Subiaco and Leederville are nice options for small shops, restaurants and bars.

There are several beautiful parks in Perth (wotif.com/discover/australia/western-australia/perth.d180013/perth-parks-and-gardens). Kings Park, for example, (bgpa.wa.gov.au/kings-park) is a green oasis located in the middle of the city, west from the city centre. The best view of Perth’s skyline can be accessed from the high-lying district of South Perth or from Kings Park. The hike up to the vantage points of Kings Park can be demanding, but the view is undoubtedly worth the effort. But expect it to be crowded with pairs in love, lots of backpackers and other people during the sunset. During the summer’s pleasant evenings, concerts and cinemas are organised (moonlight.com.au/perth/program) in the park with Perth’s skyscrapers as a fund. A longer but not as steep hike is from the city to South Perth, where you can enjoy the skyscrapers mirroring in the Swan River that flows through the city. You can also take the ferry across the river between the districts of North and South Perth. If you prefer to discover the city’s sights via a guided bus tour with enough long stops, perhaps a morning trip that leaves the afternoon free to stroll around might suit (wotif.com/things-to-do/morning-perth-city-highlights-tour.a173906.activity-details).

For the sport enthusiasts, one lap along the Swan River and over its bridges is to recommend. No matter what time of the day you run, you are often accompanied by other athletes. Cyclists and joggers all coexist on the jogging track along with the black swans that the river has been named after. At the Bell Tower, the double-decker tourist buses gather together with the large ferries that take tourists to Fremantle, Rottnest Island or to Perth’s wine region, Swan Walley, which also is named after the black swans.

For animal lovers, Perth Zoo offers both native Australian animals and animals from different parts of the world (perthzoo.wa.gov.au). In addition to this, you can visit the Aquarium of Western Australia (aqwa.com.au), which is the largest aquarium in Western Australia. The aquarium specializes in showing fish originating from Australia’s west coast, but of course there are fish from other parts of the world too. If you manage to visit Perth during September to December, you can go on a whale cruise. Just as along the east coast of Australia, the whales along the coast are migrating at this time of the year and chances are that you can see several humpbacks, and with a little luck, even a blue whale. It is also popular to watch or swim with dolphins along the Perth coast (wotif.com/things-to-do/wild-dolphin-watching-swimming-encounter.a426180.activity-details).

It is the various beaches that makes a visit to Perth worthwhile (wotif.com/discover/australia/western-australia/perth.d180013/perth-beaches). During the summer months the entire population seem to migrate to the beach for either surfing, barbecuing or for a cooling swim. Although there are plenty of barbecue grills along the different beaches in the city, you can expect long queues to use one. Fishing is also popular amongst the population. Turn on your charm and it might not be impossible for you to borrow someone’s fishing rod in exchange for some beer. Popular hangouts are the surfers’ favourite Scarborough, family-friendly City Beach and pine tree adorned Cottesloe. 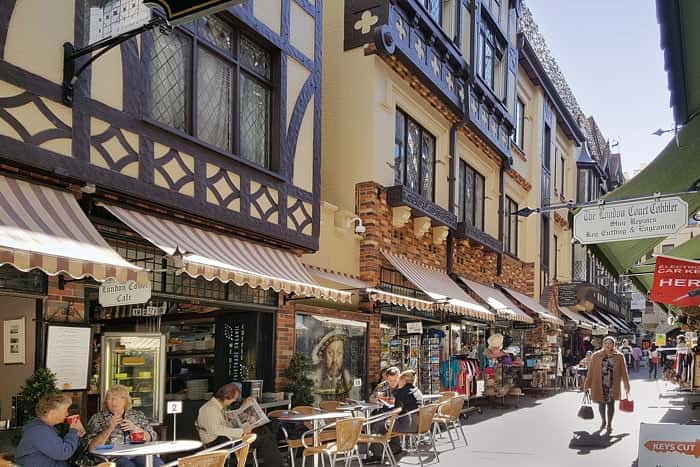 Backpackers who are looking for some great nightlife go to Northbridge. It is here Perth’s young partygoers go. Clubs like Mustang and Brass Monkey are full of visitors every day of the week. Northbridge is also very central and there are plenty of hostels nearby. For the slightly older tourist, there are more tranquil bars waiting inside of the skyscrapers in Perth where there also are a lot of cosy courtyards converted into bars and terraces. At the time of writing, the bars called The Stables Bar and The Aviary are examples of bars with a calmer atmosphere in Perth’s centre. During the summer months, film screenings are organized six stories up in Northbridge at the Rooftop Cinema (rooftopmovies.com.au). Relax in a beanbag and munch on popcorn along with a beer or a soda.

Cheap and delicious meals are served at Le Vietnam, which serves banh mi and Vietnamese filter coffee at 80 Barrack Street. Annalakshmi on Swan (annalakshmi.com.au) at Jetty 4 at Barrack Square, prepare vegetarian dishes from India and has great views of the water. There is a special atmosphere here. There is no price list, instead you pay what you find reasonable. If you want to know what the locals’ suggestions for restaurants in Perth are, you can find it on wotif’s website (wotif.com/discover/australia/western-australia/perth.d180013/perth-restaurants).

There are two tourist agencies, one for the state itself and one focusing on Perth, who both specialize in helping tourists. Best of Western Australia and Perth Tourist Centre both have their offices in central Perth. Fremantle also has its own tourist office to visit on site. For activities, accommodation and discount cards, you can also visit wotif’s website (wotif.com/discover/australia/western-australia/perth.d180013). If you are travelling with family it may be interesting to know that wotif has a page where they list family-friendly attractions in Perth (wotif.com/discover/australia/western-australia/perth.d180013/things-to-do-with-kids-in-perth). 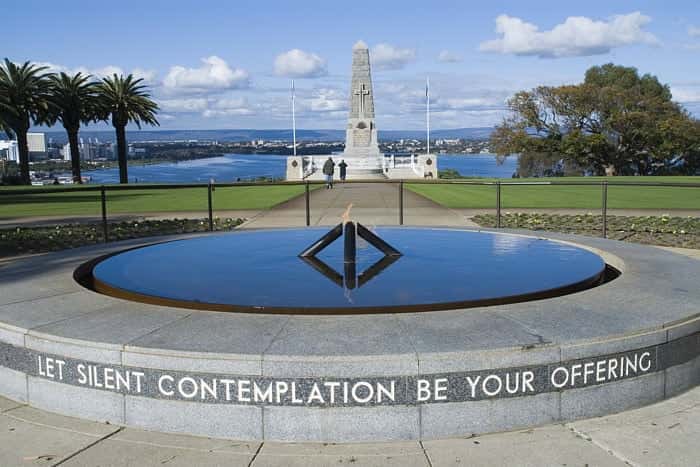 The best time to visit Perth is between October and April when the sunshine hours are many and the rain stays away. However, it may get very hot during this time, especially from December to February and it is not uncommon with temperatures above 40 degrees Celsius. The winter season is mild and pleasant, but there is a great risk that you will need a good umbrella.

Perth Airport is located 15 km from the city centre (wotif.com/Flights). It is easy to get to the city by public transport (perthairport.com.au/to-and-from-the-airport/transport-options/public-transport). Or you can rent a car if you prefer (wotif.com/Car-Hire).

Perth has a relatively small city centre but large suburbs, so expect some travel time. However, with a developed transport system offering train, bus and ferry services, it is easy to get to a destination in Perth (transperth.wa.gov.au). Going to Fremantle takes just over half an hour by train. A great advantage of staying in the city centre is the various CAT buses available there. There are three different lines that go through the city and they are free to use. If you use these in rush hour, expect that the bus will be jam-packed as it is popular amongst the locals. You can find the bus schedule and more information here (transperth.wa.gov.au/Timetables/CAT-Timetables). 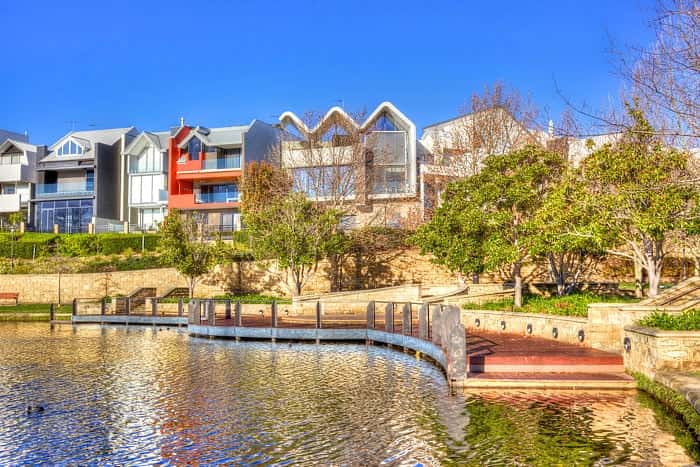 As for camping, Perth Central Caravan Park (hotelscombined.com/Hotel/Central_Caravan_Park.htm) is one of the nearest options and is located seven kilometres from Perth. The resort caters for those who want to camp with a tent, set up their motorhome or rent a cottage. A swimming pool, laundry facilities and a kitchen are among the amenities available.

To the east in the wine district of Swan Valley lies Discovery Parks Perth Vineyards (hotelscombined.com/Hotel/Discovery_Parks_Swan_Valley.htm). Driving into downtown Perth takes about 20 minutes from here. If you have your own vehicle and are planning to discover the vineyards, this is a good base. 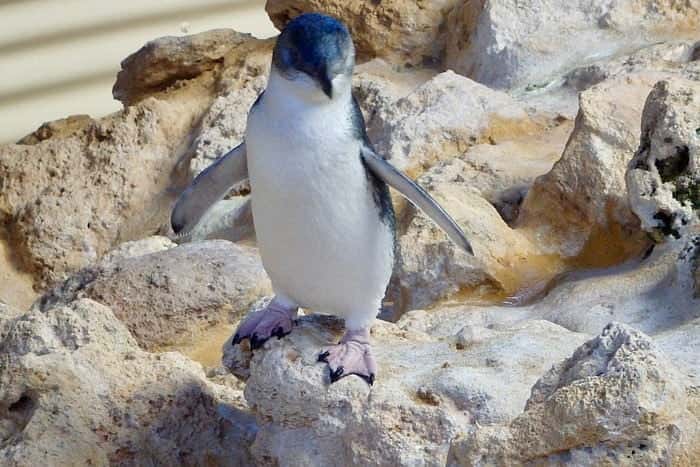 A Saturday in Perth

Your day starts at the sea, just as it should. Rise early. From Perth, take the train along the Fremantle Line and get off at Cottesloe Station. Make a stop at Vans Cafe (vanscafe.com.au/#welcome) at 1 Napoleon Street located in the immediate vicinity. The food is colourful, but if you can’t eat anything this early, just buy a takeaway coffee and walk down to the beach. Since you are out in good time there is plenty of room for your bath towel in the shade of the pine trees.

When you have bathed in the turquoise blue water and your hair is stiff with salt, head back to the city. Take a train or a bus into Perth.  From the train station, take a short walk to Perth Cultural Centre. The square is popular among buskers and performance artists. Visit Art Gallery of Western Australia (artgallery.wa.gov.au) that have free entrance but are happy to receive a symbolic sum.

Travel a bit south for your next meal. At 80 Barrack Street in Bon Marche Arcade’s building, Le Vietnam (levietnam.com.au) awaits. They have Asian fast food that is kind to the wallet and incredibly tasty. Everything revolves around Banh Mi at this little café that changes ingredients from time to time. Try Vietnamese coffee with condensed milk for an authentic experience.

You head toward the city’s gigantic green area, Kings Park. The legs ache a bit after the day’s walks but the view is worth the effort. Fortunately, you have packed a small picnic in case you would be hungry. Gaze out over the glistening lights from both skyscrapers and occasional boats that come sailing on the Swan River. If it is summer, maybe a movie is shown in the park so why not stay for a while (moonlight.com.au/perth/program).

The evening ends in Northbridge. Here are lots of people, lots of laughter and a very good atmosphere. The atmosphere is young and the older travellers embrace their youth again. If you feel that there are too many people, take a walk to Frisk Small Bar (frisksmallbar.com.au) specializing in gin based drinks. Or take a glass at The Classroom (theclassroom.com.au) in northern Perth, which is guaranteed to give you flashbacks from your school days.