The coastline south of Sydney is one of the country’s best-kept secrets. This part of New South Wales is not visited to the same extent as its northern counterpart. Most visitors are set on reaching Queensland and its tropical latitudes. And they don’t have time to turn back south. It is a pity, because there are some places in the south just as beautiful as the ones in the north. The best about going south is that the crowds are not as big. If you are tired of intermingling with thousands of backpackers wherever you go, south is the place to go. The 400-kilometer-long coastline from Wollongong to Eden is legendary road-trip-material. Imagine sun-drenched holiday resorts, winding roads that follow the sea’s curve and frothy waves that swell. You are never far from the sea and the view along the road is magical. 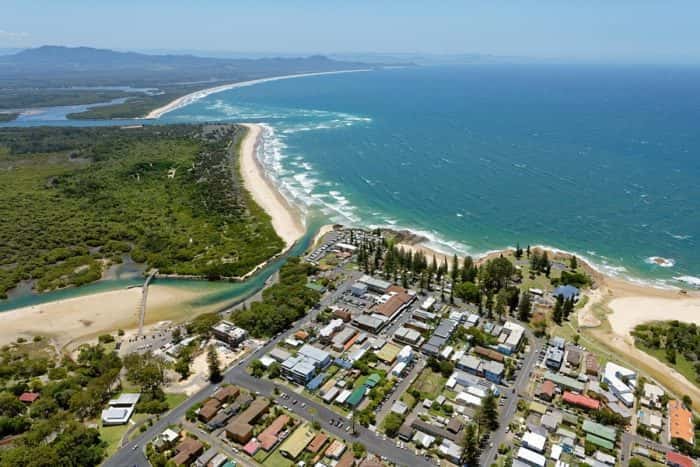 The South Coast is divided into three areas. Shoalhaven Coast to the north, Eurobodalla Coast in the middle and Sapphire Coast to the south. Princes Highway follows this coastline. The road goes all the way from Sydney down to Victoria’s state border, crossing and continuing all the way to Melbourne. As a suggestion, you can start your journey in Sydney and drive south at your own pace. Stop when you feel like it, go further when it suits you. The coastline is lined by the beaches with lukewarm water and the sound of waves filling the air. A little further inland lies the Southern Highlands with many cosy towns and historical resorts to browse among. With lovely restaurants, stylish cafés and charming boutiques.

Humpbacks are regular visitors along the South Coast. Between May and November, you can see them during their annual journey in search of warmer water and food. During these months, they take the ocean route pass the coast which is sometimes called the Humpback Highway. See them on your own from any vantage point or join in on a guided ocean trip to get closer to the impressive giants. Large parts of the coast are national parks. This way, nature has been able to remain unspoiled, some places even untamed wilderness. In other words, it’s a perfect place to wind down on and to find the one-with-nature holiday feeling, especially after visiting Sydney’s busy city life. Eden, Batemans Bay and Jervis Bay are some real gems along the coast. The resorts are a stone’s throw from the Tasman sea, which invites you to all possible water activities. Kayaking, surfing and snorkelling to name a few. Let the sun be your clock and stay up as long as it shines. End the days in a tent, at a bed and breakfast or in a hotel. There are accommodations for all types of budgets.

Wollongong is an industrial seaside city located 80 km south of Sydney. Coal and steel have long been important merchandise for the city that is the third largest in New South Wales. Stay away from the city centre and spend time closer to the water instead. The many beaches are popular for surfing. There is also an art gallery, a lighthouse and a botanical garden. In Wollongong, you can try parachuting (skydivethebeach.com.au/en/sydney-wollongong). Make one of the highest jumps in the country and throw yourself out of a small airplane, from 14,000 feet up in the air to safely land on the beach. 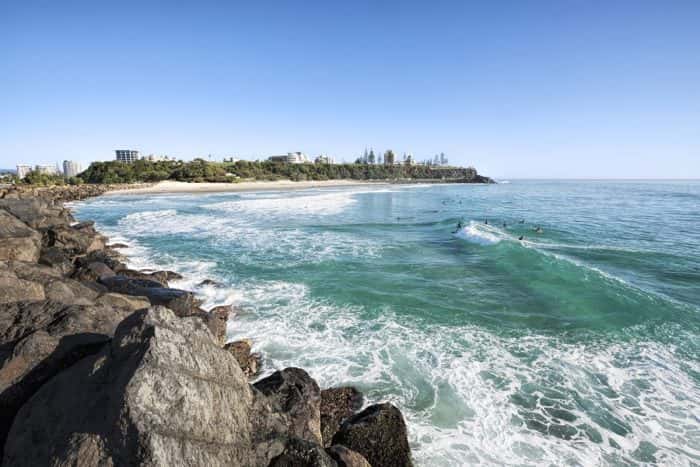 Further south lies Kiama, a picturesque holiday resort with photo-friendly surroundings. Kiama is known for its blowholes, where the winds presses water through stone caves. The pressure produces a characteristic sound, and water sprays out like a geyser. There are two such places around Kiama. Some other sights are Cathedral Rocks and Bombo Headlands. Here, sharp boulders are lining the coast while ferocious waves crashes into them. The rocks are of basalt, a dark volcanic rock. Nearby is a popular surfing beach.

Narooma is a scattered town surrounded by beaches. The town is famous for its fresh oysters. They even have a festival to celebrate them (naroomaoysterfestival.com). But there are also plenty of other fresh shellfish to enjoy. Visit one of the restaurants around the waters for a taste. Paddle a kayak around Wagonga Inlet and visit one of the vast beaches. Surf Beach is framed by ancient rock formations, remains from the volcanic activity that took place millions of years ago. From Narooma, you can get to Montague Island. The island is barren with scattered shrubs. Between spring and summer, the island is inhabited by a large seal colony that is fond of sunbathing on the rocks. You can hop in the water and snorkel or dive to get closer to the seals. During this time, you have the chance to see humpbacks swim past during their annual migration. For bird lovers, this trip is a must. More than ninety species have been seen around the island. Among other things, there is a penguin colony on the island.

Jervis Bay is a small holiday paradise. There are plenty of holiday homes around the bay. Several modest restaurants are serving food of the highest quality. And not to forget, the beaches, which have perhaps the world’s whitest sand and crystal-clear waters. The wide beach Hyams Beach is a favourite of many. There is a rich wildlife here, both beneath the surface and in the forests. Jervis Bay is ideal for snorkelling and diving as the waters are protected as a Marine Park.

From Corunna, Princes Highway meanders inland, through eucalyptus-rich forests. In the vicinity of Bega is Mimosa Rocks National Park (nationalparks.nsw.gov.au/visit-a-park/parks/mimosa-rocks-national-park). The national park is large, stretching out towards the coast. Hike in the forests, test pristine sandy beaches and camp a few nights within the park. A little further south lies Merimbula with a far-stretched beach. When the wind brings high waves, surfers gather along the shore. 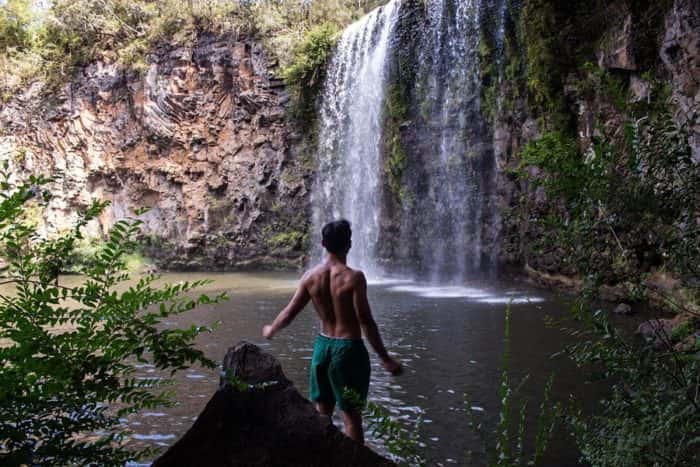 Add half an hour’s journey south and you are in Eden. This is a paradise for botanists and everyone who is passionate about splendid scenery and spectacular views. Go north or south from here and you will get to Ben Boyd National Park (nationalparks.nsw.gov.au/visit-a-park/parks/ben-boyd-national-park).

In advance, consider what you want out of your trip to the south coast. Summer months between December and February are hectic with many visitors (although not as many visitors as the northern side of Sydney has). Between May and November, you have the best chance of seeing whales on their annual migration off the coast. The sun usually shines in this region and although the winter can be a bit cool with chilly winds, the temperature usually stays well above zero degrees Celsius.

To make the most out of a trip to the South Coast, own transport is recommended. The biggest nearby cities are Sydney and Canberra. From Sydney, you can drive along what has come to be called the Grand Pacific Drive (grandpacificdrive.com.au). A publicity stunt, yes, but the route is well worth the name. This is nothing more than a spectacular route. Wollongong is reached after a couple of hours. It is also possible to get to most resorts by combining trains and buses. Transport NSW (transportnsw.info) run trains from Sydney to, among other things, Wollongong, Shellharbour and Kiama. The last stop is in Nowra. Premier Transport Group (premierms.com.au/newhome/home.asp) drive buses between Eden and Sydney and make several stops along the way. 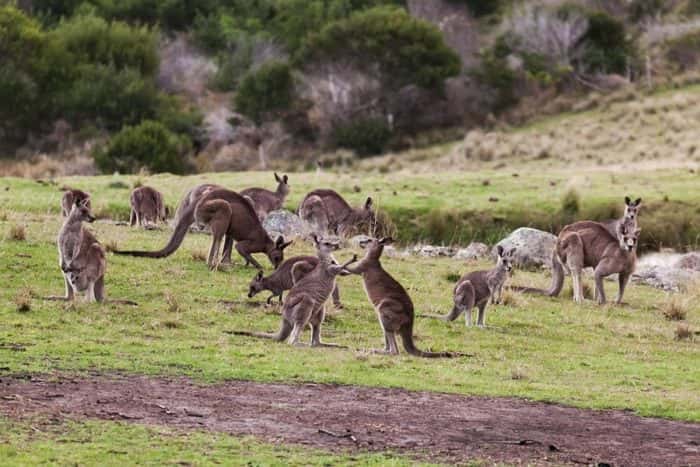 Driving between Wollongong and Eden should be done at a slow pace. Expect at least four days of travel, so you can make favourable stops and activities along the way. If you start in Sydney, head south towards Wollongong. A few hours later you arrive, more if you make stops along the way. Follow Princes Highway, a scenic road-trip that follows the coast most of the way. Take the opportunity to make a detour or two to discover what is hiding inland. Drive past fertile lands and plantations. Spot cattle, peacefully chewing grass, and small sleepy fishing villages. The tempo has been brought down a few notches. And that is the exact charm of the south coast.

Escaped large resorts and crowded hotels. Here, conditions are modest and natural. Just the kind you need for a relaxing trip with magnificent views and surroundings. If it is summer, take the opportunity to enjoy the sun and a have dip in the water. Don’t forget your swimwear, sunscreen and camera. If you arrive in winter or autumn, look for whales off the coast. You are also close to the Snowy Mountains, and have the possibility to extend the journey northwards, westwards or southwards. You can, for example, cross the border to Victoria and continue all the way to Melbourne.

Parachute in Wollongong or try surfing. See blow holes in Kiama and jagged volcanic rocks. Indulge in freshly caught seafood. Travel to Montague Island to look for birds and say hi to the penguins. Snorkel or dive among large seal colonies. Stay a night at the lighthouse keeper’s cottage. In Jervis Bay, don’t miss the white sand of Hyams Beach where there are cosy holiday cottages to stay at. And finally, make a stop in Eden. Visit Killer Whale Museum. Hike in Ben Boyd National Park and embark on a multi-day trip. Camp near sheltered bays and paddle in crystal clear waters.