For many, Victoria is synonymous with two things. Melbourne and the Great Ocean Road. But if you look a little further, you are in for a surprise or two. Powder white moguls at high heights. Winding roads lined with wildflowers. And world-class vineyards. You will find this and more in eastern Victoria. The cooler climate separates it from other parts of the country. In this part, winter equals snowfall in the mountainous areas.  In general, most people associate Australia with a quivering heat and a huge desert. But Victoria has been blessed with a mixture of high and low. In the northeast is the Alpine High Country. Here is the Australian Alps with several larger ski resorts just waiting to be tested. The pistes cannot quite match with their European counterparts. The mountains are not high enough and the pistes are not long enough. That said, it’s an incredibly popular destination among Australians. And there is something special about going slalom or cross-country skiing among snow covered eucalyptus trees. The ski resorts have slopes for both beginners and experienced. 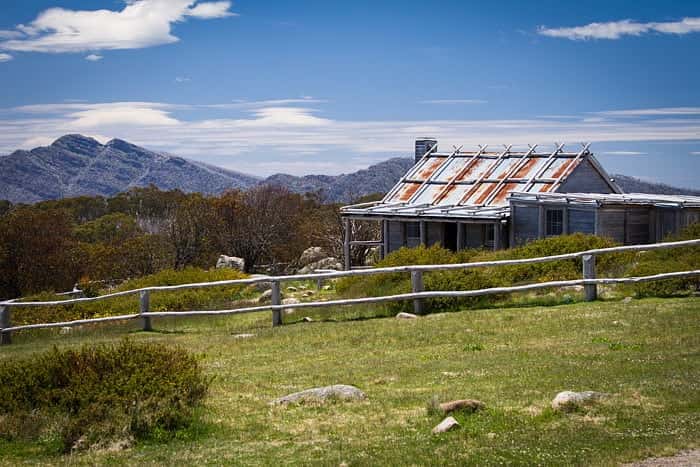 The skiing season is short. When spring returns, the snow melts quickly. Soon the ground is covered in an ocean of wildflowers. Spring is a great time to be in the mountains when the colours shift. Activities changes with the seasons. Skis are set aside, and bicycles is brought out. The mountains become a playground for cyclists who descend in full speed down the slopes, over highs and lows. Hikers show up to try out the hilly landscape. Some may want to climb Victoria’s second highest mountain, Mount Feathertop. Others just want to breathe some fresh mountain air and get close to nature again. But you can also paddle a kayak, go horseback riding or rock climbing.

In addition to a spectacular nature, the good life is celebrated. Some of Victoria’s most successful vineyards can be found in the northwest. Not far from the Australian Alps, grapes that turn into tasteful drinks are growing. Visit any wine cellar where you are offered samples. The wine regions are scattered in a hilly landscape. Travel through cosy resorts and sample local delicacies. The same goes for the south-eastern part of the state. This region is famous for its many dairies and for its gourmet cuisine. With organic fruit and vegetables, free range beef cattle and fresh seafood it is a destination for those interested in food. But a significant part of the region is untamed wilderness. In the far east awaits the bushy forests. The coastline is rugged with sharp cliffs and border New South Wales in the east. A bit more accessible is Wilson’s Promontory, one of Victoria’s most popular national parks, which is located at the far south. 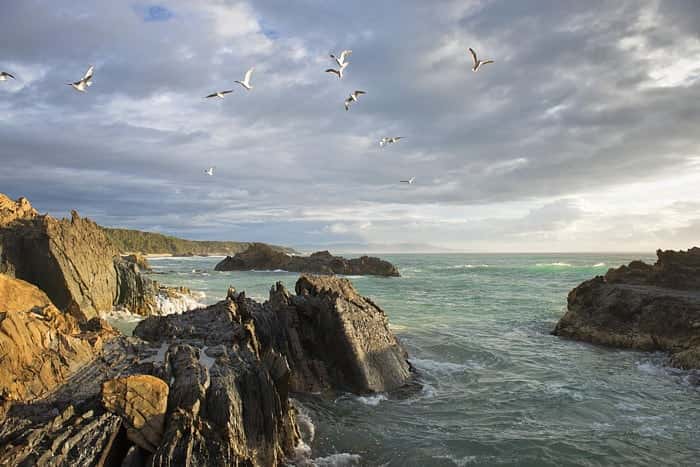 Drive or bike along the epic Great Alpine Road. The road stretches 339 km between Wangaratta in the northeast to Metung among Gippsland Lakes. You will ride between snowy mountain peaks, through lush forests and past inviting vineyards. Take this route as part of your trip to skiing in the north. The road is partly very hilly, so cycling is a challenge. Instead, pick interesting parts to carry out the pedalling and use the car for the remainder.

In the north-eastern part of Victoria lies several world-famous vineyards. They are among other places scattered in the valleys of King Valley, Alpine Valley and Goulburn Valley. Resorts such as Glenrowan, Rutherglen, Beechworth, Milawa, Everton and Whitfield have put Victoria on the international wine map. Rutherglen is well known for its sweet dessert wines and has in addition to several wine cellars a nice town centre with cosy shops and reputable restaurants.

East of Victoria is perfect place for trying out various outdoor activities. The varied landscape and the different seasons make it possible for skiing in the winter and cycling in the summer. Large ski resorts can be found in Mount Din, Falls Creek and Mount Hotham. Victorian Alps is an extension of the southern part of the Great Dividing Range. Between June and August, the pistes are open to visitors. It tends to be crowded. And costly. A ski holiday in Australia quickly consumes your budget. There are areas to suit both downhill skiing and cross-country skiing. When spring and summer return you can cycle cross-country and downhill in Mount Noise. You can hire bicycles and protective equipment there. They also have courses aimed at women only.

Mount Buffalo National Park is well suited for cross-country skiing during the winter months. If you come in spring, chances are you’ll see the wildflowers in all its colours adorning the ground. There are numerous hiking trails and viewpoints within the park.

The southernmost tip of the mainland is Wilson’s Promontory. It is an excellent place to visit to get in touch with nature. This is Victoria’s oldest national park where you can sunbathe on beaches, surf through waves or embark on a several-days hike. The park is only three hours east of Melbourne. At the end of the headland lies an old lighthouse where you can stay for the night if you book on time.

One of the country’s most challenging hikes is the Australian Alps Walking Track. The trail runs through Walhalla in Victoria to New South Wales and finally to Canberra. You cross three states and walk along some of the country’s highest peaks. It is a tough challenge to complete and the whole route can take up to 60 days. Doing this is only suitable for the most seasoned hiker. If you lack the experience necessary for finishing the whole trail, lower the bar and test a few shorter day-stages.

In the southwest lies Gippsland Lakes. This area is popular amongst anglers. Lake Entrance has long been a favourite resort among holidaymakers with a wide range of accommodation and eateries. Lake Entrance is located at the end of Ninety Mile Beach. The narrow beach strip barely separates the lake from the sea. If you are lucky you can see dolphins and whales from here. Further to the east is Croajingolong National Park. This remote park is magnificent, and nature feels untouched. The land extends all the way to the state border of New South Wales. At the foot of the Australian Alps lies the small town of Buchan, known for its cave system with impressive limestone formations formed over hundreds of millions of years. You can go on guided tours through the main caves, Fairy Cave and the Royal Cave. 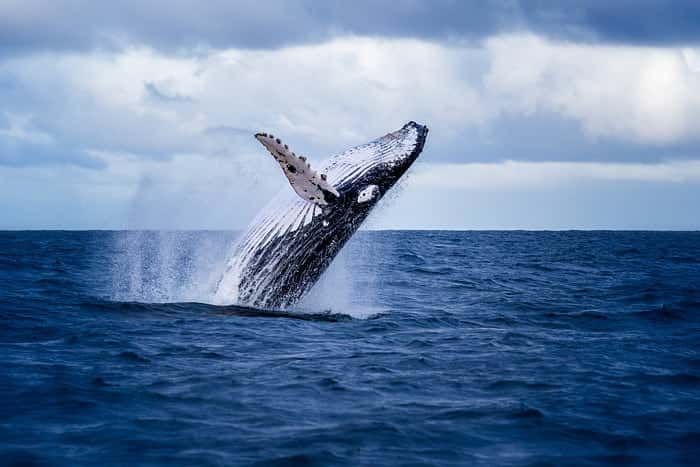 Decide what you want to do in the area. Next, select the season that works for the activities you intend to do. The ski season varies between the resorts. Generally, they are open from sometime in June, July to September, sometimes into October. The season is usually pretty short, but an Australian ski holiday is very popular. Accommodation is usually booked well in advance (hotelscombined.com/Place/Victoria.htm). The same goes for Wilson’s Promontory (hotelscombined.com/Place/Wilsons_Promontory.htm) were camping sites get booked up quickly.

There are trains from Melbourne to Gippsland Lakes. To several of the ski resorts there are bus tours departing from Melbourne. However, if you plan to travel around the area a lot, a car is to recommend (wotif.com/Car-Hire). Some roads around the mountains and at Gippsland Lakes require a four-wheel drive car. The roads tend to be ploughed, but you may need to put snow chains on the tires in winter. It is a requirement to have snow chains in the car and to attach them if necessary.

Eastern Victoria’s centre is dominated by mountains. The hilly terrain makes it a bit difficult to drive crisscross through the region. It is therefore easiest to choose which area you want to focus on before leaving Melbourne. The mountains, skiing and vineyards are easiest to reach from the northeast. While Wilson’s Promontory, Gippsland Lakes, Buchan Caves and Croajingolong National Park are reached from the southeast. Both the sights of the north and the south are easily reachable by the highway from Melbourne. 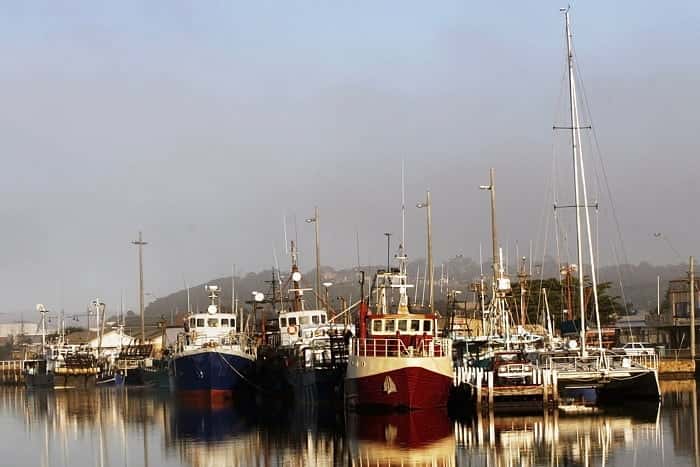 You can travel between the north and the south but in generally these roads are not very good. But if you have plenty of time, take the beautiful Great Alpine Road for this trip.
If you want to cover in as much as possible, you can start by going north. Drive towards Mansfield where you turn off towards Mount Din. Select activity by season. If it is winter and the snow is still there, test the pistes. During spring, summer and autumn, try mountain biking, running, trekking, horseback riding and much more. Then continue north towards the vineyards. Visit a couple of wine cellars to see what they have to offer. Walk around in the cosy Rutherglen and visit the antique stores.

Now it is time for the Great Alpine Road. Let the trip take at least three, four days so you have time to enjoy the surroundings. Start in Wangaratta and drive south. Make a stop at Milawa to buy some tasty cheese. Drive along Myrtleford and make a detour to Mount Buffalo National Park, a stunning beautiful national park with incredible views and hiking trails. Continue the drive to arrive at Bright, a town which during autumn is adorned with foliage in copper and gold (hotelscombined.com/Place/Bright.htm). Drive through Harrietville, Omeo, Swift’s Creek, Bruthen and Bairnsdale. Then arrive in Gippsland. Nearby is the holiday favourite Lakes Entrance where you can rest your head for a while (hotelscombined.com/Place/Lakes_Entrance.htm). Eat some good food and visit the beach. Next day you drive towards the limestone formations in Buchan Caves where you can go on a guided tour.  If you want to go further east, take the Princess Highway leading towards the state of New South Wales.