In the middle of the state of Victoria lies the metropolis of Melbourne with its four million residents. Many are in love with Victoria’s capital. The standing big-city-rival Sydney simply cannot compare to Melbourne’s European café culture and experimental art scene. The city has a vibrant nightlife where late evenings often are spent on a roof-terrace bar. Add sport-crazy supporters and old trams crisscrossing through the city. Melbourne is an obvious stop, but more awaits.

Western Victoria is a mixture of breathtaking nature with wide plains. Along the southwest coast stretches the scenic Great Ocean Road. It is an Instagrammer’s wet dream, with giant limestone pillars standing tall in the sea, just off the coast. Powerful waves crash into the steep coastal cliffs. Embark on an unforgettable journey along the Great Ocean Road, which is a total of 240 km. The most spectacular stretch of coastline runs between Torquay and Port Campbell, but the road continues all the way towards Nelson, just before the state border of South Australia. Along the way you’ll encounter the iconic limestone rock formations of The Twelve Apostles and beautiful national parks. Stay in surfer towns and resorts. Tourism dominates the towns around the Great Ocean Road. But it is not only international visitors who show up here, also locals want to enjoy the beautiful surroundings. 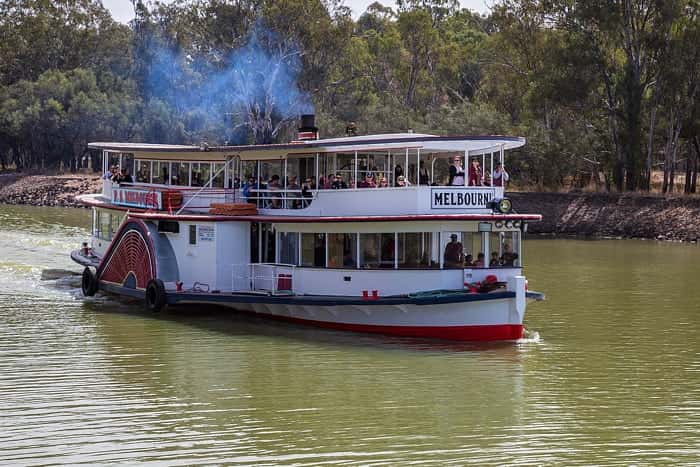 Victoria (wotif.com/discover/australia/victoria.d11207) is built on wheat, wool and precious metal. After finding gold in what is today known as Ballarat, the gold rush was launched. Towns were formed out of small tent camps. A mass immigration started. Many came to the promising land in hopes of making money. Especially many Chinese tried their luck in Victoria. After the heydays of the gold rush, a significant amount remained. The area is fittingly known as the Goldfields. Here lie several cities that flourished due to the discovery of gold, among them Bendigo, Ballarat and Ararat. Both Ararat and Bendigo have a history strongly influenced by Chinese people.

To the northwest, the landscape changes to flat fields where wheat for long has been an important element. Beyond the fields, the state border to South Australia awaits. The road continues to Adelaide. The flat ground changes as the mountains cut through the country and create a startling contrast. Australia’s longest mountain range, the Great Dividing Range, which runs from the northeast end of the country to the south, ends in the hilly Grampians National Park. This is one of Victoria’s most powerful national parks with an incredibly rich flora and fauna. For those who like the outdoor life, Grampians is perfect. However, for those with relaxation high on the agenda, the weekend resort Daylesford is teeming with luxurious spa facilities.

All the state’s roads lead to Melbourne. The city is full of attractions. Many of them for free. One of them is to stroll along Melbourne’s hip streets and look at the graffiti art painted on and covering the ugly concrete buildings. Watch a game of AFL or cricket on the large sports arena MCG. Or visit a museum, take the tram and eat good food. The city is well-known for its innovative eateries which are scattered among the districts.

Ballarat (wotif.com/discover/australia/victoria/ballarat.d5914) lies 116 km west of Melbourne. The gold rush built this city and made it beautiful. The buildings are architectural masterpieces where the decoration is anything but meagre. Informative museums tell of the importance of gold in the region. About 46 km away is Daylesford. There you can treat yourself; it is a popular retreat that is famous for its health focus. There are many health foods stores and spa treatments. The LGBTQ festival ChillOut (chilloutfestival.com.au) is the biggest event of the year and attracts thousands of visitors to the city in March each year. 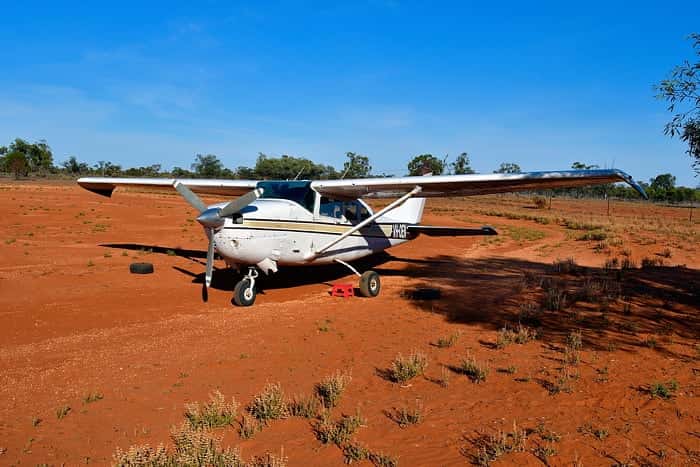 Also Bendigo (wotif.com/discover/australia/victoria/bendigo.d5916) has the gold to thank for its existence. The city is a true success story. In the entire country, only in Kalgoorlie have there been more gold found. The city is characterized by Asian influences, all thanks to the Chinese immigrants who came at the end of the 1800s. It is one of the most charming gold-cities in the country, less ostentatious than the gold-neighbour Kalgoorlie in Western Australia. Try crisscrossing between Bendigo’s sights aboard a restored old tram while Bendigo’s past is told through the speaker system.

The brightest star in western Victoria is The Great Ocean Road (wotif.com/discover/australia/victoria/great-ocean-road.d6135588). This is the state’s main attraction and you’ve probably heard of this windswept, c. Running along the southeast coast of Victoria, it stretches approximately 240 km from Torquay to Allansford near Warrnambool. Lorne is one of the holiday-resorts the residents of Melbourne prefer. With its extensive sandy beaches, untamed forest and a cosy town centre, it is a nice stop along the way. The gigantic limestone rock formations the Twelve Apostles are one of the iconic stops along the way. The pillars rise 45 meters out of the sea and create a dramatic backdrop of the landscape. The Twelve Apostles is within Port Campbell National Park, which is also known for its rugged coastline, which from above looks like puzzle pieces. Nearby are several sights to season a trip along the Great Ocean Road with.

The southwest end of the Great Dividing Range is called the Grampians. The mountains break off the monotony of the flat land and the fields are replaced by sharp rocks of strange shapes. Within Grampians National Park is a rich flora and fauna to explore. In spring, the land is covered by colourful wildflowers. The Aboriginals have been in the area for a long time. Ancient paintings fill the cave walls telling their story. There are several different hiking trails to try. Halls Gap is a nearby picturesque town with wonderful surroundings. Stay here while you explore Grampians on your own or with the help of a tour operator (wotif.com/things-to-do/search?location=Grampians+National+Park).

West of Melbourne lies Geelong (wotif.com/discover/australia/victoria/geelong.d6123247). For a long time, Geelong had a bad reputation for being a sleepy industrial town without a soul. But over the past few years, the city has gained new life. Stylish restaurants and hip bars have started to appear. And it is a gateway to the nearby Bellarine Peninsula with bathing-friendly sandy beaches that are equally suitable for snorkelling and scuba diving. There are also holiday villages with smaller vineyards and historic towns.

To consider when travelling in the area

It is usually said that Victoria’s biggest disadvantage is its weather. With mild summers, persistent downpours and strong winds, it is certainly a bit unusual for the sun-worshipping Australians. But for northern Europeans specifically, this is often an improvement compared to the home country’s sad summer weather. It may be worthwhile to pack some durable clothes, such as a warm sweater and a rain jacket. If you are planning to travel along the Great Ocean Road and sleep in one of the resorts along the way, it is necessary to book in advance (hotelscombined.com/Place/Great_Ocean_Road.htm). Especially during the summer and long weekends when people from Melbourne happily take a trip to this area. 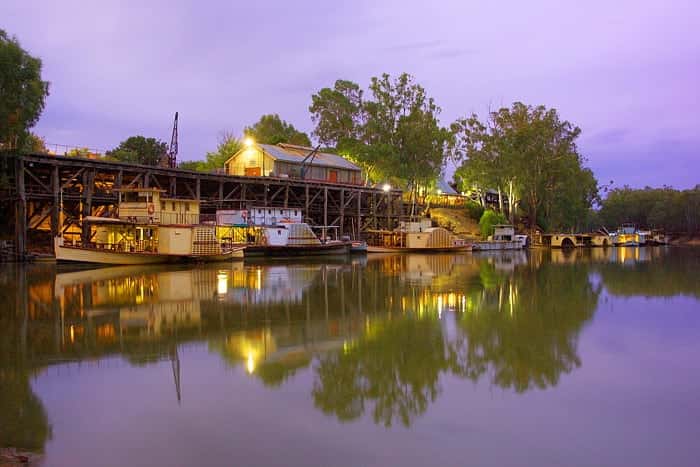 Melbourne is the area’s given transport-hub. There are two airports outside the city with a number of domestic and international flights (wotif.com/Flights). Trains and buses are run by V/Line (vline.com.au). It is possible to get to most resorts by using public transport, but it often means several changes, extending your total time of travel. If you rent a car, it is much faster and you also get the freedom to customize your trip (wotif.com/Car-Hire). For travel along the Great Ocean Road, there are several tour operators organizing tours along this route, including Greyhounds (greyhound.com.au) and Oz Experience (ozexperience.com).

Whatever it is you want to see around west and central Victoria, Melbourne is your best starting point. Start by having a look around in Australia’s second largest city. Spend a few days exploring the exciting side streets and odd cafes. When you’ve finished your to-do list regarding the big city, it is time to hit the road. Drive an hour south towards the slightly shabby port city of Geelong. Do not worry, Geelong is undergoing a transformation to the better. Avoid the industrial area. It is at the port things happens. Here are fine dining options and cool bars. Don’t miss Armageddon Cake Dessert Bar who only serves pastries (facebook.com/armagedddoncake). Further down the peninsula Bellarine, several sandy beaches, vineyards and comfortable accommodations awaits for those who want some relaxation (hotelscombined.com/Hotel/Bellarine_Day_Spa_Retreat.htm).

Or, drive south to the surfer town of Torquay. Explore Bells Beach and spend a night before you get ready for the Great Ocean Road. A good idea is to split your trip over several days, don’t rush your way through. Stop at national parks and stretch your legs in lush forests. The next stop is done in Lorne. Look for waterfalls and test the beach. Enjoy some good food before you continue driving towards Port Campbell National Park and the iconic Twelve Apostles. Have your camera ready at this location which is synonymous with Victoria. Then continue westwards towards Port Fairy before turning off north towards Grampians. 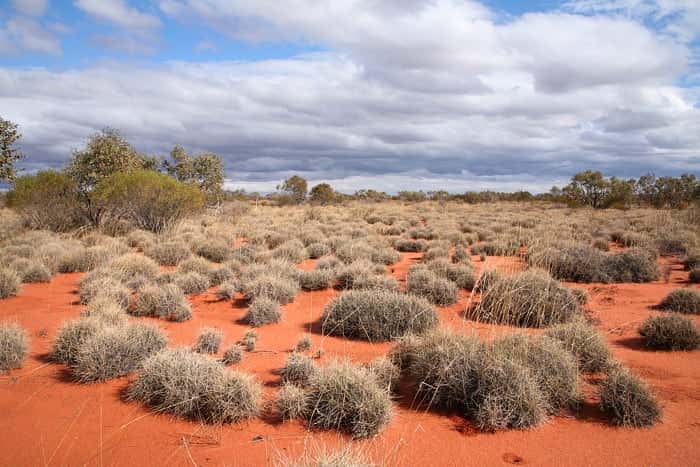 The mountains await in the rocky national park. Make yourself at home in Hall’s Gap (hotelscombined.com/Place/Halls_Gap.htm). The resort has a fantastic view of the mountains and is an excellent base for adventures in the surrounding area. Go on an outing, climb the mountains or spot birds. The options are many if your heart beats for nature.

During the final stage, drive east towards the historic gold city of Ballarat. Visit a gold museum or stroll along the historic streets of this beautiful city. After the long journey, you deserve to rest in Daylesford (hotelscombined.com/Place/Daylesford.htm). The town is well-known for its spa treatments, so don’t miss out on one or two of these during your stay.