Just like many of its neighbouring cities in Victoria, also Bendigo is literally built on precious metal. It started with gold being found in 1851 in Ballarat. And it wasn’t long before the whole nation had a gold fever. People ventured out hunting, and soon gold was found around Bendigo Creek. The rumour spread fast as lightning. People poured in from all over the world to try their luck. Victoria’s population increased at the speed of a rocket. A large part of the immigrants came from European countries such as England and Ireland, but a significant part of the workforce came from the east. In the middle of the 1800s, the Chinese represented almost one fifth of the population of Bendigo. Their arrival was not appreciated by all, and many Chinese were beaten up because of their diligent work. The situation calmed down somewhat when it was decided that the Chinese would pay a type of tax when arriving to the state.

From the middle of the 1800s, the goldrush was a fact. During this time, Bendigo developed at a breathtaking pace. What had not been more than a tent camp was transformed into a beautiful city with stately buildings, wide streets and pompous monuments when the money started flowing. First, the search for gold took place above ground. Adventurer carefully went through streams and rivers, but it would prove that a great treasure was waiting underground. After the fields were emptied, fortune-hunters began to dig deep. Bendigo became one of the most successful mining towns at the time and it had one of the deepest mines in the world. The extraction continued for nearly 100 years, which allowed the city to expand and thrive over a whole century. Only Kalgoorlie beats Bendigo when it comes to which place in Australia that has extracted most gold.

After the gold rush ended, many of the Chinese went home, but some remained there to work as gardeners and chefs. Even today, Bendigo is characterized by Asian influences that are seen along the streets. Not least the Golden Dragon Museum and Joss House Temple are clear examples of Chinese people making their mark on the city. Today, Bendigo is a suiting tranquil city. Most of the sights are related to the gold rush. The gold mine Central Deborah Mine has been converted into a tourist-friendly attraction. The city has a thriving art scene with the Bendigo Art Gallery in the lead, which is a state of the-art futuristic building. Many historic buildings remain. Several of them are found along Pall Mall and High Street. There is a vibrant nightlife where View Street stands out. This street is lined with cool vintage shops, chatty cafes, cosy restaurants and delightful pubs.

Central Deborah Gold Mine (central-deborah.com) is the longest used gold mine. In total, almost one tonne of gold was extracted from it before they stopped in 1954. Since then it has turned into something else, an appreciated tourist attraction. Get a deeper understanding of how life looked like for the miners by experiencing it on your own. Get dressed in a protective overall, boots and work-helmet with a headlamp. Follow a guide into a cramped and rocky basket that is hoisted down 60 m below the ground. For a real challenge, join in on the Nine Levels Of Darkness tour (central-deborah.com/tours/nine-levels-of-darkness) that lasts for four hours. You will learn to find gold and drill for it. You go down the whole 228 m below the surface and get to see if you have what it takes to dig for gold. The mine is open between 09:30 and 16.30 every day.

Bendigo Art Gallery (bendigoartgallery.com.au) at 42 View Street, has a delightful mixture of old and new with paintings from the 1800s by both domestic and foreign artists. Many local works depict life in Bendigo during the gold rush. But there is also a collection of modern works of art to admire. They are open from 10:00 to 17:00 from Tuesday to Sunday. Many of the buildings in the city are beautifully ornated and have clearly gotten inspiration from Paris. Several of them can be seen along View Street but also Pall Mall. Along the same street, the elegant wine bar Wine Bank on View (winebankonview.com) is located. In addition to good wines served by knowledgeable staff there are main courses, desserts, hors d’oeuvres and breakfast to tuck into.

At Masons of Bendigo (masonsofbendigo.com.au) on 25 Queen Street, meals are prepared with local ingredients. Each dish is a magnificent piece of art which makes a visit here a beautiful experience both for the palate and the eye. Smaller dishes that are meant to be shared with someone is created. Another restaurant well worth a visit can be found at 101 Williamson Street. Grilled food and baked pizza are in plentiful at The Woodhouse (thewoodhouse.com.au). An inviting and warm atmosphere awaits you there.

Golden Dragon Museum (goldendragonmuseum.org) at 5 Bridge Street is open Tuesday to Sunday from 09:30 to 17:00. Here is the world’s oldest and longest Chinese dragon, Sun Loong, which comes to life once a year when it can join the parade at the Bendigo Easter Festival (bendigoeasterfestival.org.au). The festival was held for the first time in 1871 to raise money for a hospital. The festival quickly became a recurring event and has continued throughout the years. Another attraction with links to the Chinese heritage is Bendigo Joss House Temple (bendigojosshouse.com) at Finn Street. The Chinese temple was built in the 1870s and is one of few similar buildings that remain in Australia today. On the corner of High Street and Wattle Street is Sacred Heart Cathedral, a beautiful and massive cathedral worth a visit.

Rosalind Park is an oasis in the city (wotif.com/discover/australia/victoria/bendigo/rosalind-park.d6142098). There are plenty of park benches and shady places to sit down to read a book or just to take it slow for a while. You can also try a pounding jog or a refreshing walk amidst the greenery. One of the best ways to see the city is together with Talking Tram Tours (bendigotramways.com/tours/vintage-talking-tram-tour). Embark on a restored old tram that takes you on a drive of just over four kilometres around the city whilst telling you its history. You can jump off and on wherever you want along the road and the ticket is valid for two days of travel. The tram stops at five places, including Central Deborah, Pall Mall and Bendigo Joss House Temple.

The Visitor Information Centre is located inside the grandiose buildings of the old post office at 51 Pall Mall. They are open every day between 09:00 and 17:00. Here you will get all the help you could possibly need when visiting. Volunteers assist the staff and they are extremely knowledgeable in their field. The website Bendigo Tourism (bendigotourism.com) also has lots of information and tips on how to best spend a few days in the city. 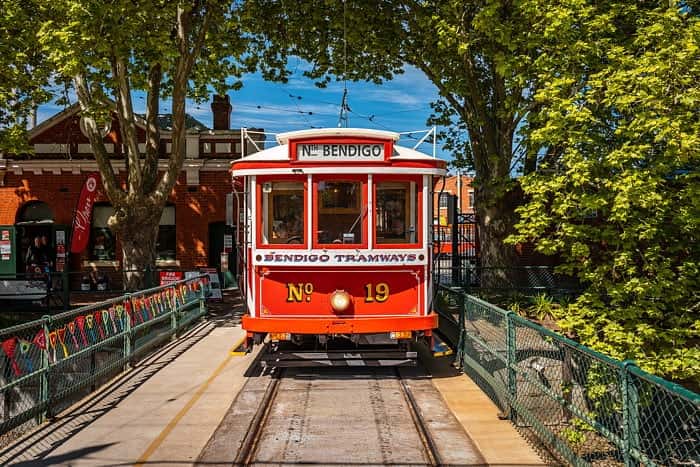 Bendigo is located 150 km northwest of Melbourne and a car journey here takes just over an hour and a half (wotif.com/Car-Hire). The nearest airport is in Melbourne (wotif.com/Flights). The most convenient way to get to Bendigo is with bus via Bendigo Airport Service (bendigoairportservice.com.au), serving between Melbourne airport and the city. They have several stops along the way, making the journey slower than by car. From Melbourne, trains run with V/Line (vline.com.au). Trains leave from Southern Cross Station in Melbourne. When you arrive at the train station, it only takes a few minutes to walk into Bendigo’s city centre. You can also use Public Transport Victoria’s trip planner (ptv.vic.gov.au) which is easy to navigate. Once in place, the cosiest (and perhaps the easiest) way to get around is to use Bendigo Tramways (bendigotramways.com).

There are a variety of accommodations in Bendigo and its surroundings (hotelscombined.com/Place/Bendigo.htm). For budget travellers, Bendigo backpackers (hotelscombined.com/Hotel/Bendigo_Backpackers.htm) is an option. The hostel is conveniently located at 33 Creek Street and is within walking distance of the train station and the city centre. There is room for up to 27 people divided into six different rooms. Dormitories and private rooms are available. Wi-Fi is free, there is a living room, patio and a large kitchen to cook your own meals in.

Other budget options for those who have their own vehicle are A-Line Holiday Village Bendigo (hotelscombined.com/Hotel/A_Line_Holiday_Village.htm) and BIG 4 Bendigo Ascot Holiday Park (hotelscombined.com/Hotel/Big4_Bendigo_Ascot_Holiday_Park.htm). Rent a cabin, park your camper in a place with electricity or put up your tent on a grass spot. Both options are located a bit outside the city and have access to a kitchen and a cooling pool. 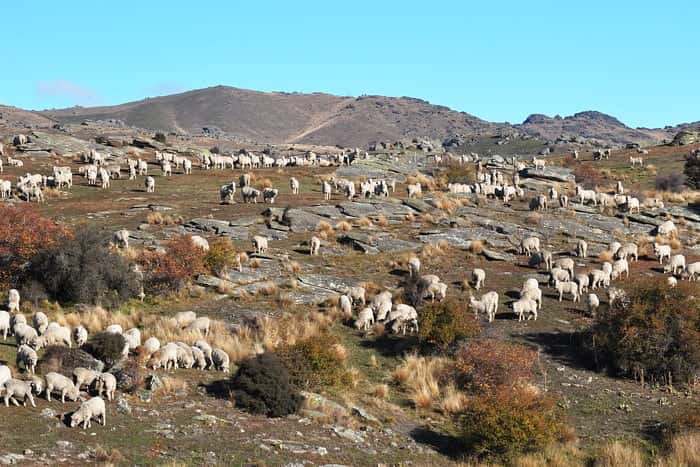 There are plenty of B&B options in historic houses around Bendigo. Langley Hall (hotelscombined.com/Hotel/Langley_Hall_Bed_Breakfast_Bendigo.htm) is one of those. This beautiful mansion from the early 1900s is in the northern part of the city. Previously, this was the bishop’s home but now it has been converted into a grandiose bed and breakfast surrounded by a gigantic garden.