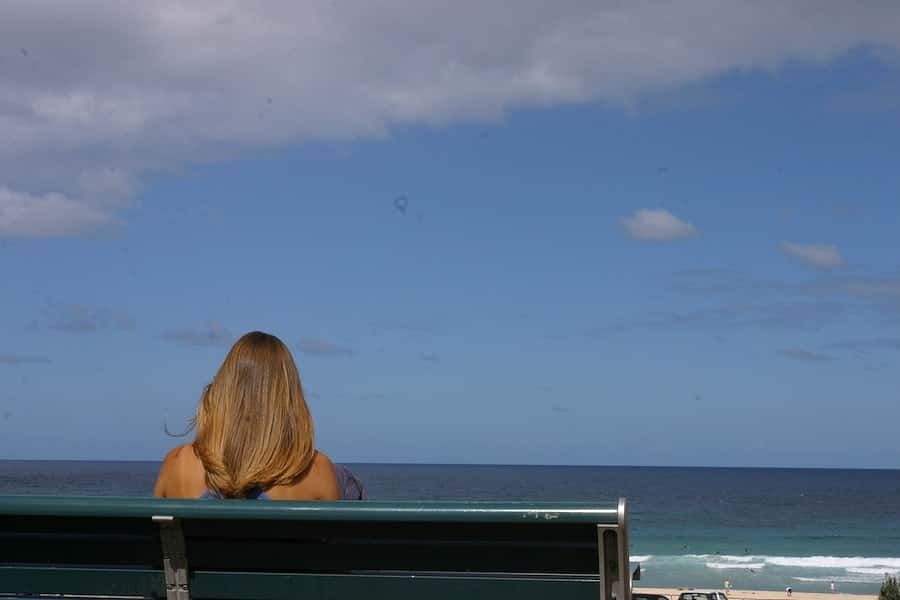 Preparing for moving abroad or for a long journey is more than just taking care of important documents. Many who move will later discover that everyday life in Australia will not always turn out as they dreamed of it to be. Despite being well prepared and having all the paperwork in order, some choose to move back to their home country for this very reason.

When I read guidebooks, heavenly wonderful travel reports or blogs with photos from sunny beaches, I seldom see anyone talking about what problems one might encounter in Australia. It’s easy to get the impression that it never rains or that life in Sydney is a walk in the park. My experience, however, is that many emigrants in most cases initially think that the move is very difficult; Wrestling with doubts, insecurity and homesickness. For most people, everything will work out and they manage to establish a daily life in the new country, while others feel such overwhelmingly negative feelings that they choose to go back home. I know that many newcomers experience a clash of cultures and initially feel very uncertain after their move abroad. 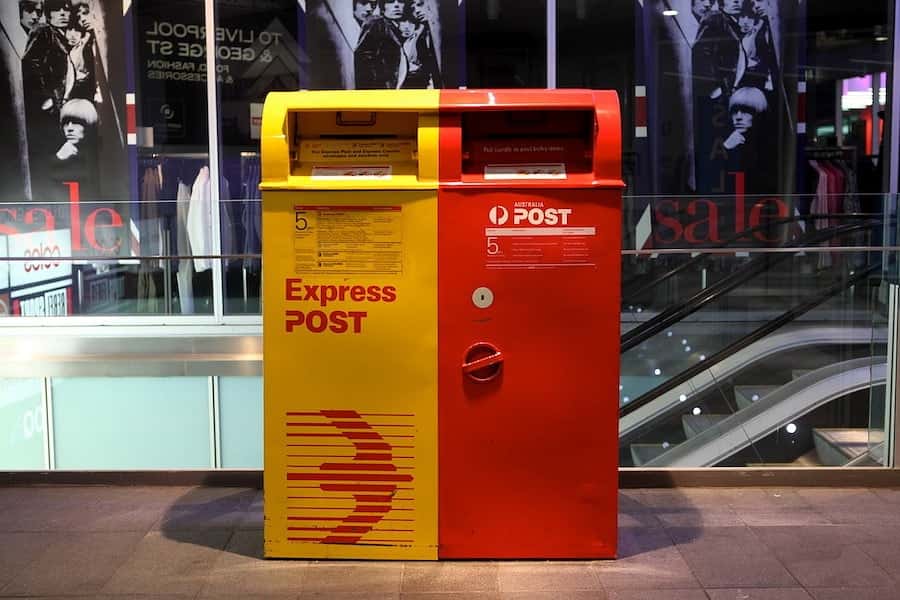 In this article, I’ll go through the most important things to know of when setting up a home and a new life in Australia. Read about how the Australian health care system works, how to organize a bank account in Australia, and get a brief overview about telephony and where to look to find more international news and weather. 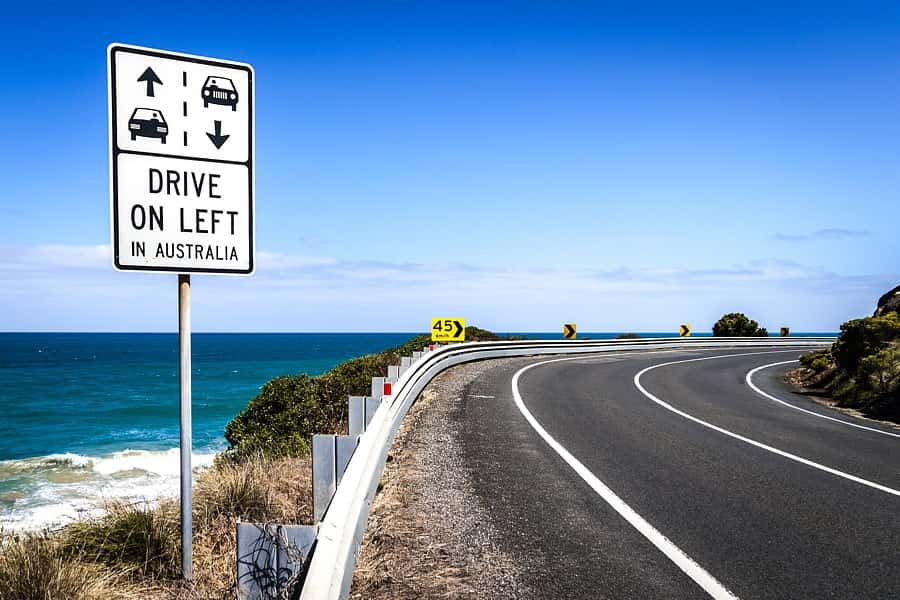 Buy a car as a backpacker

You can buy a used car in Australia from either a car dealer, at an auction or from a private person. If you buy from a car dealer you know that you are guaranteed to be the owner of the car and aren’t buying stolen goods, but the cheapest cars you get from private persons (especially other travellers who have to sell their car before they go home again). Many of these cars have been driven long distances, so be on your guard and don’t buy the first best car you’ll lay your eyes upon. Of course, you don’t want to buy a jalopy that breaks down on the trip, it might be worthwhile to test drive the car to a local workshop and pay $50-$100 to let a mechanic inspect it before you decide.

If you want to study in Australia, start by first applying for a place at a university, college or a school. Only after you have been offered a place it is time to apply for a student visa from Australian Immigration. The Australian Government also requires students to have access to just over (AUD) $20,000 per year for living costs (prices correct in October 2018).

Before I describe the process of the application, I would like to explain some basic concepts. To begin with, it is important to understand that even if the Australian education system is generally high-class, there are some rogue educational providers who are more interested in taking a lot of money from international students instead of providing training and education that is of high class. 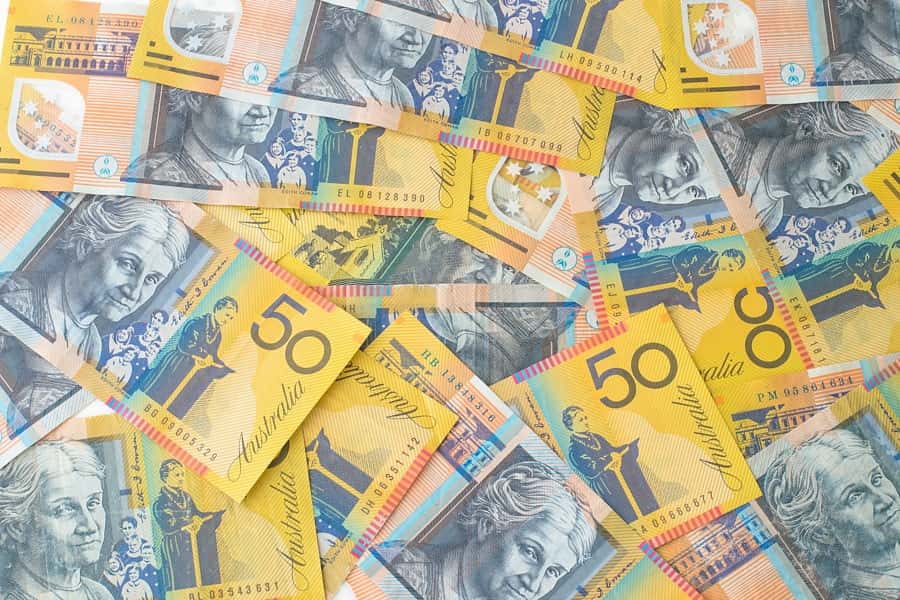 You must have a Tax File Number

As in other countries, also in Australia you must pay income tax on the money you earn. In order to do this, you must be able to be identified by the Australian Tax Office (ATO) (ato.gov.au). Australia does not use social security numbers, instead personal identification numbers have been introduced for tax issues, called Tax File Number (TFN). Your TFN is unique to you and your tax, its purpose is to help ATO to match tax instalments to the right person. When you sign a contract with your employer, you must enter your tax file number so that your tax is paid into the correct account. 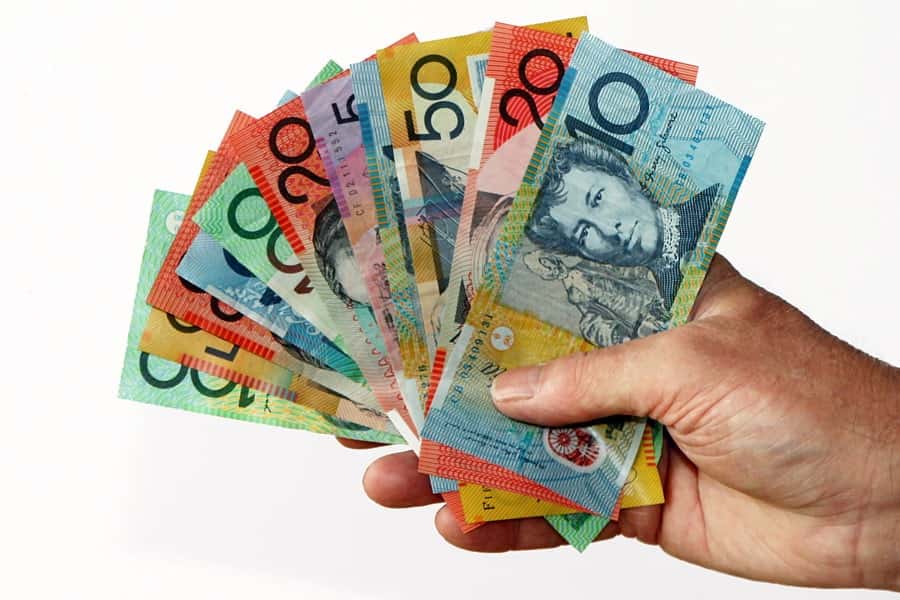 The Australian labour market can be very tough or very welcoming. How easy it is for you to find a job depends on the local business cycle, your training and experience, what job you are looking for and in which industry you want to work. As back home, it is of course easier for you to find a well-paid nice job if you have relevant training and experience. Experience seems to be more important than training for employers down here and if you can point out that you’ve done same or similar tasks before, it will be much easier for you to get a job.

The wages between different professional roles is varying a lot. The national minimum wage was in the tax year 2018-19 around $18-19 per hour (fairwork.gov.au/pay/minimum-wages). If you have specific skills and relevant experience you will find jobs with a much higher salary, and if you are well trained in a high demand role with a few years of experience, you will be pleasantly surprised at the salary you are offered in Australia. 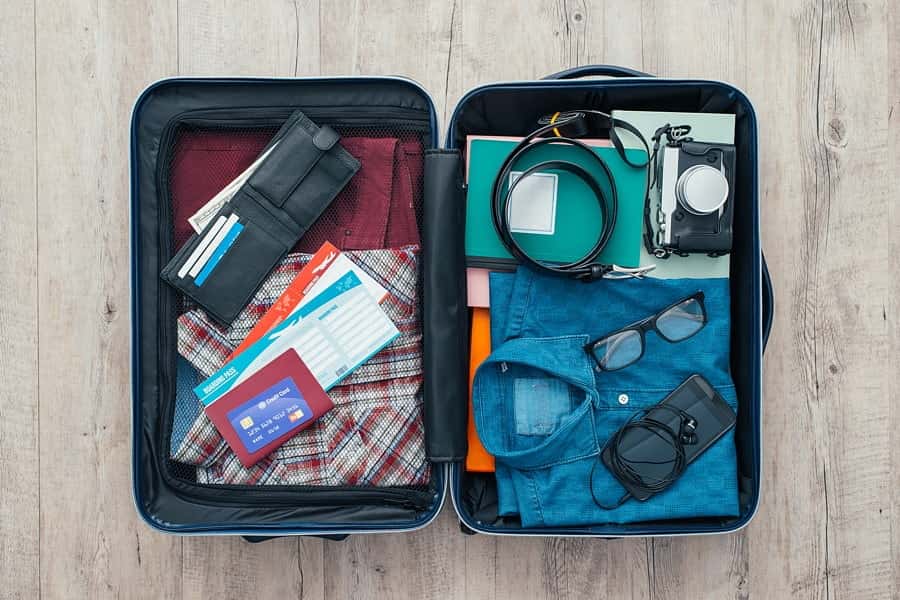 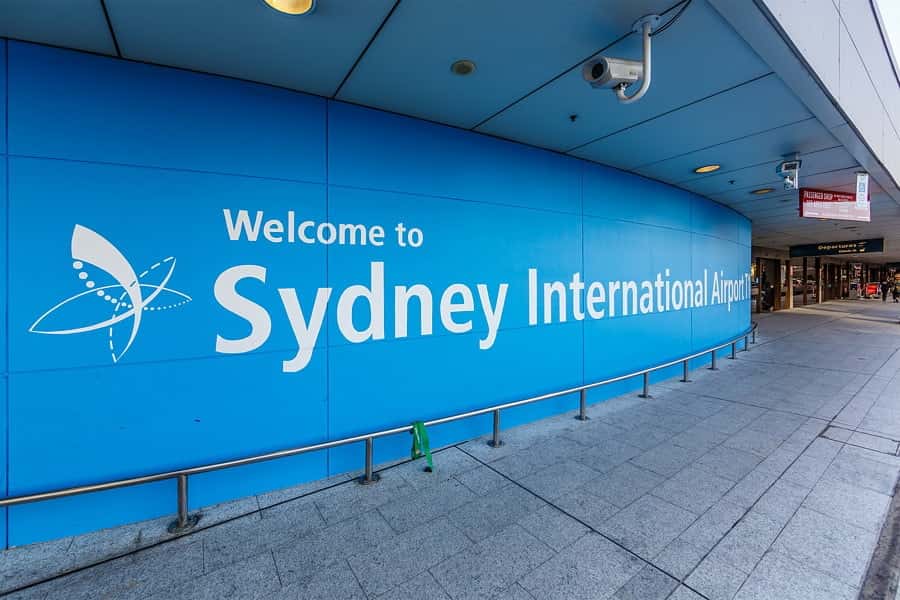 A few days before the flight

Jet lag is the collective name for the unpleasant symptoms that occur when you move between multiple time zones for a short period of time and then try to work “normally” in the new time zone. After a long trip, say from Scandinavia/northern Europe to Australia, most people experience sleep issues and sometimes symptoms such as nausea, headache, mild depression and difficulties concentrating. Some people find it easy to adapt to a new time zone, but for others as for me, having jet lag is like being sick with the flu (but without fever). After a long trip it usually takes me about a week before I am myself again.
You can reduce the jet lag symptoms by preparing yourself a few days before the trip by trying to adjust to the time zone you’re travelling to. Then your body will experience less of a dramatic change after the arrival to Australia. Drink plenty of water and minimal amounts of alcohol on the plane. 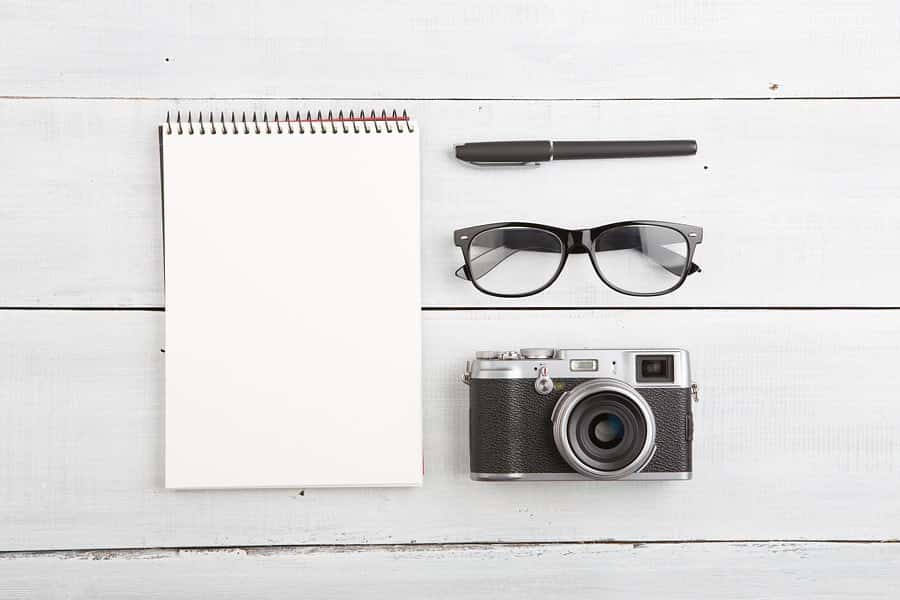 I am often asked about how someone travelling to Australia should prepare themselves. Each trip is unique and no list works for everyone, but in this article I will share a packing list to help you plan your big trip, as well as a checklist explaining in what order you need to make each preparation before your date of departure is taking place.

To start with: remind yourself that it’s not the moon you’re going to – almost everything you can buy at home can also be bought on-site in Australia. Do not pack a lot of heavy things you can buy once you have arrived. Believe it or not, but you can buy both shampoo, shower soap and clothes in Australia.

Read moreChecklists for your Australian trip 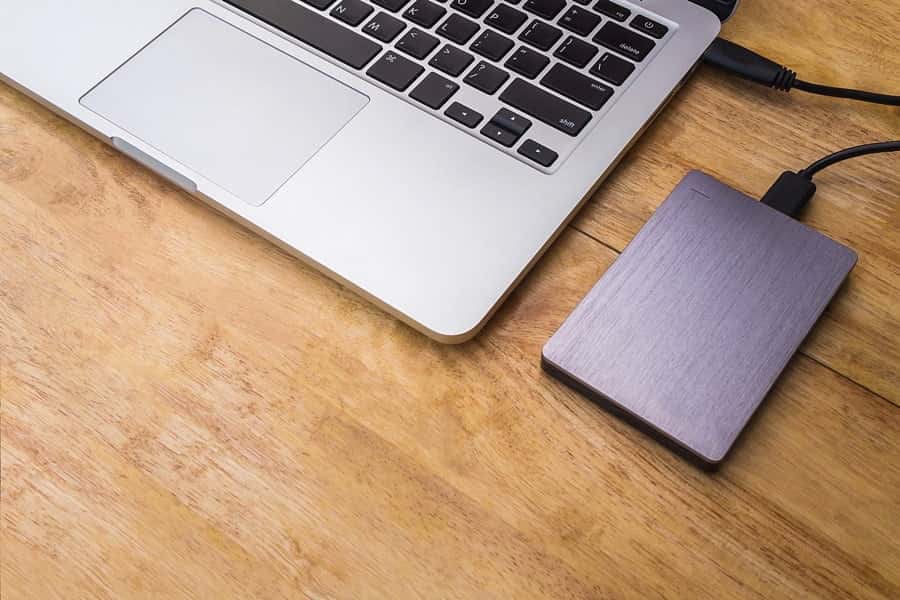 Having thought through emergencies before they happen

There is a risk you might be robbed or simply will lose important papers you are bringing on your trip. If you scan all important documents and keep them with other important files in a webmail account (such as Google’s gmail.com) or on a USB stick, the loss does not have to be that severe.

If you are traveling with a laptop, what to do if your hard drive crashes and you must recreate all the data? You can always buy a new laptop, but it may be worth getting a small external hard drive beforehand and make sure you have an updated backup of your main data with you. Same thing with photos; Remember to create regular backups of your photos during the trip, on for example a small external hard drive or by uploading photos to any photo site such as Google Photos (photos.google.com).

Read moreImportant preparations for a trip to Australia