Unfortunately, there are many ways to get injured on or killed by in Australia, but snakebites, crocodiles, sharks and dangerous spiders are nowhere near as dangerous as the traffic and the beaches are. In this article, I would like to tell you briefly about what you rather than dangerous animals should be worrying about…

In 2002 the Australian Bureau of Statistics made a survey on cause of death for the 360 foreign visitors who died during their trip to Australia that year. (Altogether over 5 million foreigners visited the country in 2002.) It’s more than 15 years ago, but the insights are still interesting, I think.

The median age of these unfortunate visitors was around 60 years (reflecting that most people die from age-related illnesses) and 41% of the deaths were caused by heart attacks and strokes, as well as about 15% of cancer diseases. Thus, approximately 71% of deaths amongst tourists in Australia had natural cause. 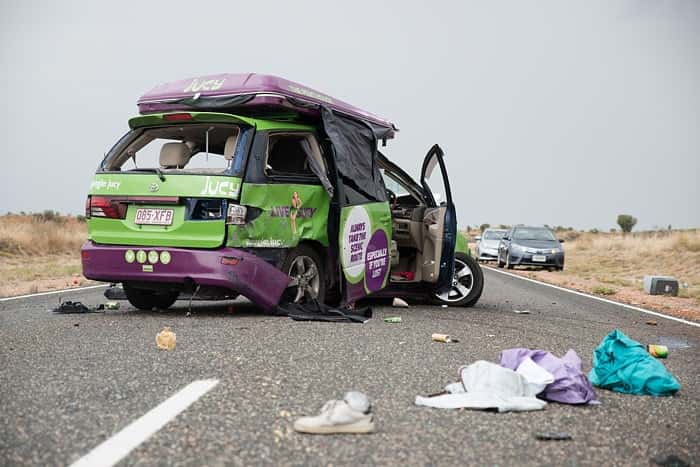 Among the deaths with “unnatural” causes (29% of all dead foreign visitors) the most common were causes of road accidents (about half of all unnatural deaths), drowning (about a quarter) and suicide (a handful per year). Of all foreign visitors who died in Australia, 29% of them died in different types of accidents, while the corresponding figure for Australians only was 6%. Per Capita, it is therefore more likely that a foreigner will die in traffic or on the beach than it is for an Australian.

I think there are two reasons for this. In traffic, foreigners are unfamiliar on left-hand traffic and as a result look in the wrong direction at the crosswalk or collide when driving with the car on the wrong side of the road. 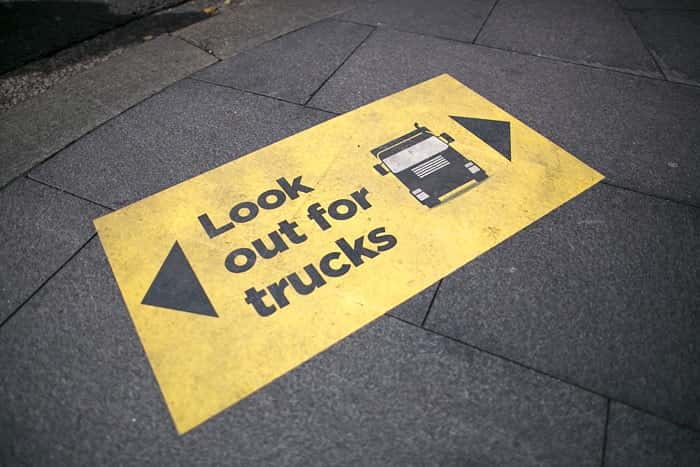 Many tourists believe that they can swim after being used to calm European waters, but then almost drowns when they discover that three-meter waves and strong currents on Bondi Beach is something quite different than the conditions they are used to.

Don’t underestimate how dangerous it is to jump in and swim on an Australian beach with strong currents and high waves, make sure there are lifesavers who can see you and that you know your limitations. For example, as a Swede, I know that we swedes already from childhood are told what good swimmers we are – basically every child achieves a first level swimming pin (for swimming 200 meters in an indoor pool) and we often bathe in the sea or some lake summertime. Unfortunately, the average Swedish swim-training is not close to being enough for Australian beaches and there are many well-trained 25-year-old Swedes who have been close to drowning due to the strong currents and high waves that most Australian beaches have. Do not underestimate how difficult it is to swim in high waves and strong currents. 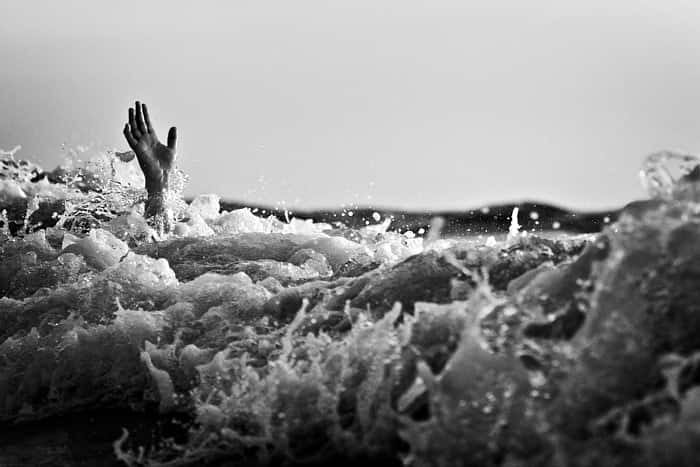 If you are bathing a lot, you can almost be sure to at some point be swept away because of a rip current. How you manage the situation will determine whether you become one of the tourists drowning or one of those who get back to the beach on their own. About 90% of all rescue attempts made by lifesavers and about 40% of all drowning accidents are due to bathers swept away by rip currents. 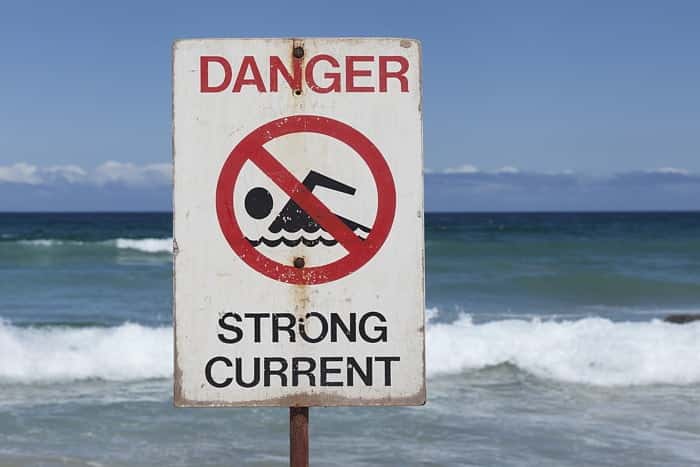 A rip is a strong current moving away from the beach (so strong and fast that you cannot swim against it) and to be caught in a rip might feel like being swept away from the beach by a river. The current carries you along and away from the beach but never pulls you down beneath the surface. It moves you sideways and is therefore harmless if you have enough energy to stay calm and afloat.

If you get caught in a current, please do not try to fight against it. Instead, take it easy, accept that you have been caught in it and start swimming perpendicular to the tide along the beach. It is usually enough to swim 20 meters to the side to get you out of its power and to stop you from continue moving out towards sea. Once you are free, it is time to start swimming back to the beach (but if you are unlucky, you have 50-100 m to swim before getting back). Take it easy and don’t panic and it will be fine. Ripcurrents.com.au (beachsafe.org.au/surf-safety/ripcurrents) is a good webpage from surf lifesaving aimed to teach beach visitors about risks with rip currents and how to safely manage them. 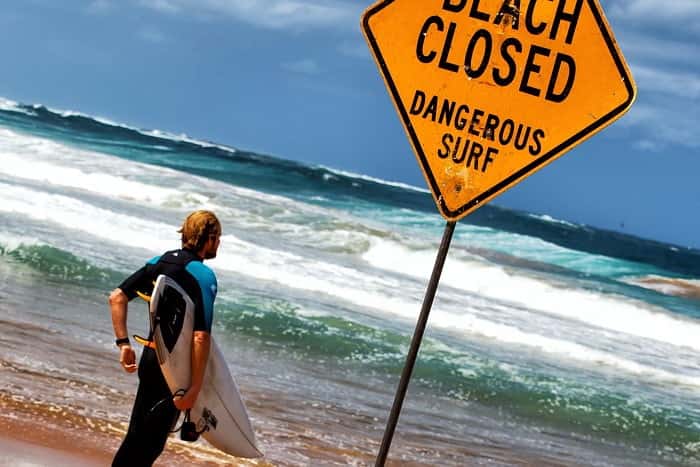 On most beaches you can spot lifesavers in yellow and red shirts patrolling the beach. They look for currents, and then place out two red-yellow flags where there are no rips, so the bathers know where it is safe to swim. Make sure to always swim and bathe between the flags where the lifeguards can see you in case you get in trouble.

Waves on non-shallow beaches breaks rapidly near the beach. These waves are often high and might seem inviting, but they can be dangerous. Where the waves break, it can sometimes be very shallow just in front of the crest and people trying try ride the wave (bodysurfing) might get thrown headfirst through the shallow water hitting their heads on the sea floor. If you have been following the TV-series Bondi Rescue about the lifesavers on Bondi Beach, you might remember one show where a Brazilian young man, Leandro, became paralysed from neck down after being thrown head first straight into a sand bank (or see it for yourself on YouTube: ”Bondi Rescue series 6, Leandro’s spinal injury” (youtube.com/watch?v=rusRafvqYKQ&feature=youtu.be)). 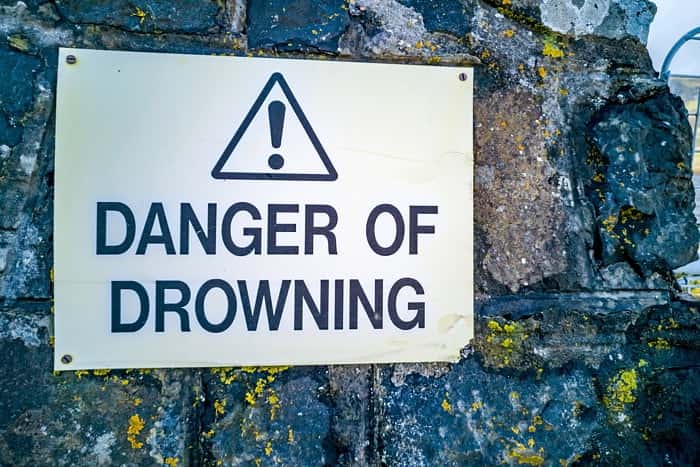 The webpage BeachSafe (beachsafe.org.au/surf-safety) powered by surf lifesaving have many good tips on do’s and don’ts on the beach. It is well worth a visit, even if you believe yourself to be an experienced traveller and swimmer.

Australia has just like other countries everyday crimes, so be on your guard, just like you would anywhere else to avoid becoming a victim. For example, to leave your bag unattended on a hostel with other backpackers or on a beach is not the smartest thing to do. To drink alcohol until you are highly intoxicated, ending up in brawls and fights is not such a great idea either. 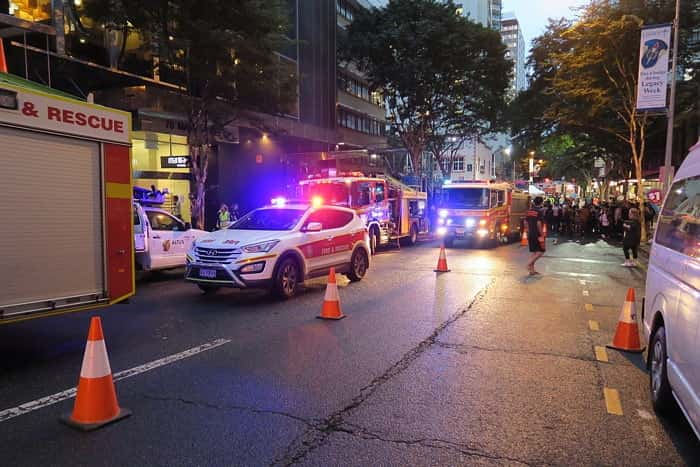 Out of the young tourists that I know of that has gotten caught up in the Australian judiciary system, the majority of them would have avoided the problem in the first place if they only would have stopped and asked themselves whether what they were about to do would have been considered a good idea back in their home country. Some examples of “less serious” common crimes Australia penalize, is buying stolen goods, drunk driving or keeping or doing drugs, and you can for sure await problems with the police if doing this in Australia. Also, it is good to know that you are not allowed to talk in your mobile phone while driving. 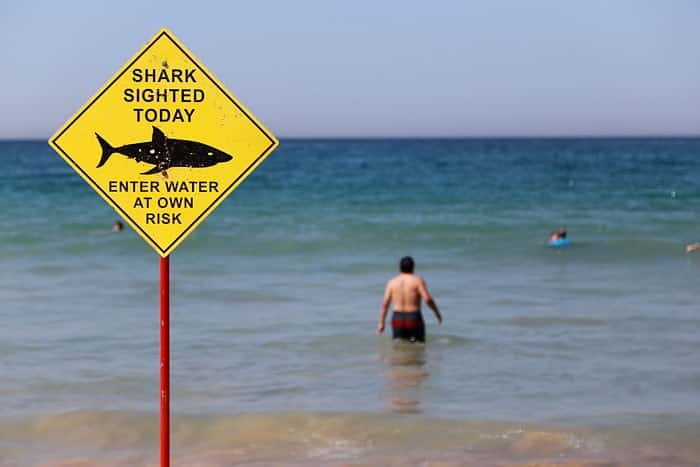 The risk of you dying of a snake bite, spider bite, crocodile or a shark attack is minimal. Unless you deliberately ignore warnings (and, for example, bathe in a river where there are crocodiles, or take up a spider or a snake with your bare hands), the risk of you being bitten is very small. If you do get bitten by any poisonous animal, then all hospitals have antidotes for all spider and snake bites. Just make sure to get there in time. In the ten years between 1980 to 1990, one man died of a spider bite, eight died because of crocodile attacks, eleven died in shark attacks, twelve died because of other aquatic animals (jellyfish e.g.), eighteen died of snake bites and twenty died because of getting stung by bees (allergies perhaps)?). During the same period, nearly 33,000 people died in traffic accidents and nineteen people in lightning strikes. So if you are not a person who is afraid to die by getting struck by lightning in your home country, you do not have to worry about dying because of dangerous animals in Australia (as long as you intentionally do not do stupid things like bathing in rivers where there are crocodiles, stick your hands into dark nooks or actively look for snakes or spiders. (Source: BBC’s article “We Aussies Love scary tourists” (news.bbc.co.uk/2/hi/uk_news/magazine/4308034.stm).

The sun in Australia and New Zealand is extremely strong and above all, Australia has many hours of sun per year. As a result, skin cancer has become something of a folk disease and every day over 1,000 people are treated for skin cancer (and each year unfortunately over 1,800 Australians die of the disease). One reason being the thin ozone layer in the southern hemisphere, but also because people with pale skin have less pigments and therefore less protection against the UV radiation, making them more prone to get skin cancer (a high percentage of the Australian people have a heritage from European immigrants). So, don’t be careless when it comes to being outdoors. Follow these five steps when you’re outdoors:

A sunburn or tan increases the risks of suffering from skin cancer, wrinkles, freckles or getting a leathery, tough skin later in life. Skin cancer also affects young people and the treatment often leaves ugly scars on the skin. Avoid getting a tan on the trip; It is not worth the risks. 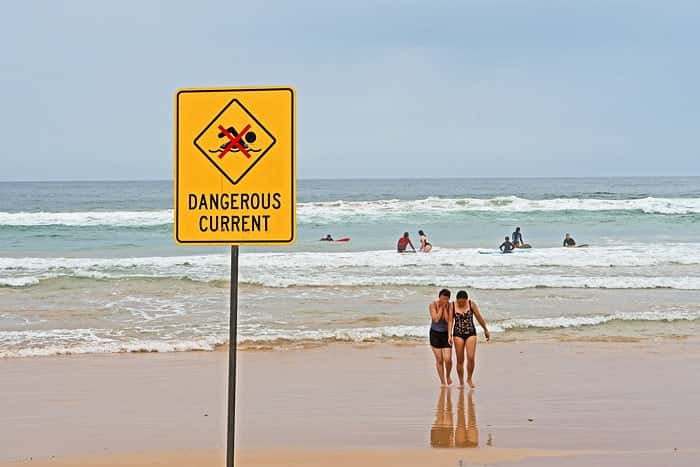 If you are a gay man wanting to cuddle up a bit on the trip, then you should be aware of the risk of contracting HIV in Sydney. According to the article “HIV infection rate rises to epidemic levels in gay community” (smh.com.au/national/hiv-infection-rate-rises-to-epidemic-levels-in-gay-community-20061126-gdowuk.html) in SMH, between 10-18% of gay men in central Sydney are infected with HIV (my gay friends say that the infection is particularly common among younger men under 30 where many have unprotected sex). Enjoy life, but don’t have unprotected sex with an unknown partner on your holiday trip.